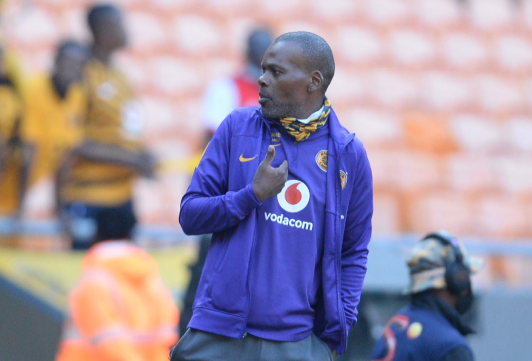 Kaizer Chiefs caretaker coach Arthur Zwane says Jomo Cosmos' demise as a professional outfit must serve as a stark lesson to other clubs that there are no shortcuts in the modern game.

One of the most iconic clubs in SA, Cosmos were relegated from the GladAfrica Championship with two games remaining in their season after 1-1 draw with TS Sporting in Tsakane on Saturday.

Ezenkosi will be playing in the amateur ABC Motsepe League next season and Zwane, whose professional career was launched by Cosmos owner and coach Jomo Sono at the Orlando Pirates legend's club, said it is sad to see an institution like Ezenkosi disappear from the professional ranks.

“First, it is bad for SA football because Cosmos has a rich history and maybe these are the results of poor planning. I don’t want to put it that way but I have already said it,” the ex-Cosmos and Chiefs winger said.

Zwane said the relegation has been on the cards because Cosmos flirted with the drop for a number of successive recent seasons.

“The game has evolved and you could see it coming for the past three seasons where they have been languishing at the bottom half of the GladAfrica Championship table.

“They gave me my break, they gave me an opportunity to showcase my talent and also many other players. One of them is the son of the soil, coach Pitso Mosimane, who is doing very well for himself and the country at Al Ahly.

“Coach Pitso is representing himself and the country well in Egypt where it is difficult to survive as a coach. Though it is sad, it must serve as a lesson to other clubs that there are no shortcuts in this game.

Appearing in a very good spirits despite just being relegated from professional football, Jomo Sono has said he won’t buy a Premier Soccer League ...
Sport
3 weeks ago

“The league Cosmos are going to participate in is dog eat dog. It is not going to be easy and chances of them coming back are very slim. Unfortunately they are gone — tough luck because that’s part of the game and I feel sorry for him [Sono].”

Sono has coached Cosmos for decades but Zwane said maybe it is time he handed the reins to someone else.

“Hopefully Bra J will give the coaching reins to other people and guide them. You can see our chairman [Kaizer Motaung] has given us the responsibility by taking us to coaching courses to obtain licences so that we are empowered.

“That’s why we are part and parcel of this club because he doesn’t want to do everything by himself.”