Chiefs miss out on continental football, Swallows go to the dreaded play-offs 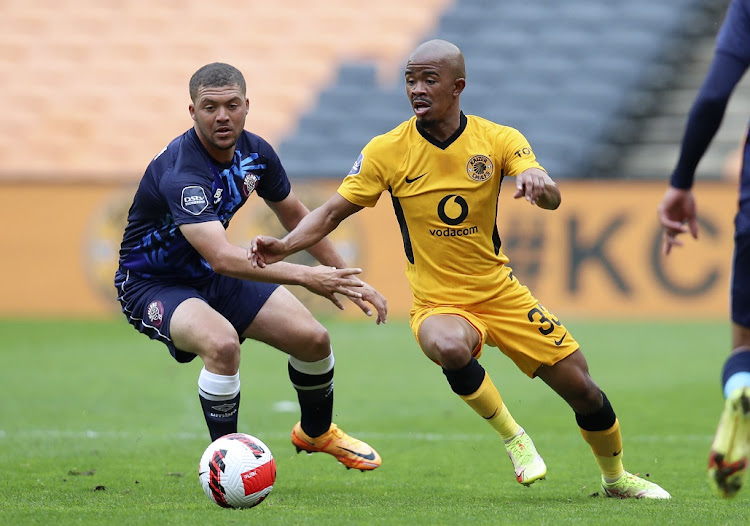 Sabelo Radebe of Kaizer Chiefs in a tussle for the ball with Grant Margeman of Swallows FC during their DStv Premiership match at FNB Stadium.
Image: BACKPAGEPIX/ MUZI NTOMBELA

Swallows will play in the promotion play-offs and Kaizer Chiefs will miss continental football next season after they played to a lively 2-2 DStv Premiership draw at FNB Stadium on Saturday.

Swallows’ situation was sealed by TS Galaxy’s 1-0 victory over Chippa United in the other match that involved relegation-threatened teams.

For fourth-placed Chiefs, they will miss the Champions League or the Confederation Cup for the second season running and they may be overtaken by Royal AM on the standings who have two games in hand.

Kaizer Chiefs interim co-coach Arthur Zwane has confirmed a meeting between the technical team and the club’s management will be held next week to ...
Sport
2 months ago

Swallows will now turn their attention to the play-offs against University of Pretoria  (Tuks) and Cape Town All Stars starting this weekend to save their Premier Soccer League (PSL) status.

Chiefs opened the scoring after 20 minutes from the header of Njabulo Ngcobo who beat Junaid Sait in the box to connect with a well-taken cross from Reeve Frosler.

Just after the half-hour, attacker Kamohelo Mahlatsi worked his way into the penalty box past Kearyn Baccus and Ngcobo but his close range shot went agonisingly wide of the target.

A few minutes later, Swallows launched another attacker into the Chiefs danger area but their skipper Lebohang Mokoena was denied by Bruce Bvuma who parried the ball away to safety.

On the stroke of halftime, Chiefs were lucky not to concede when Bvuma forgot the basics of goalkeeping by fumbling a shot by Dillan Solomons onto his upright.

While Stellenbosch FC have said that one of their key players Zitha Kwinika has signed for Kaizer Chiefs, Amakhosi interim coach Arthur Zwane has ...
Sport
2 months ago

Moments later, Bvuma was called into action again and he responded with aplomb by pushing Strydom Wambi’s shot for a corner as Swallows fought for the equaliser.

Swallows equalised after 63 minutes from a penalty by Solomons that was awarded after Phathutshedzo Nange handled inside the box trying to defend a goal-bound header from Wambi.

Nange was sent for an early shower for deliberately using his hand to stop Wambi’s close-range header.

Swallows took the lead five minutes later when Solomons converted his second penalty of the afternoon to beat Bvuma, who dived the right way, after Ngcobo handled in the box.

Chippa United coach Kurt Lentjies will return to the field and play in their final match against TS Galaxy on Saturday as a celebration, after he ...
Sport
2 months ago

Parker secured this point for Chiefs after 84 minutes with a thunderous free kick, that appeared to have deflected from his teammate, from just outside the penalty box.