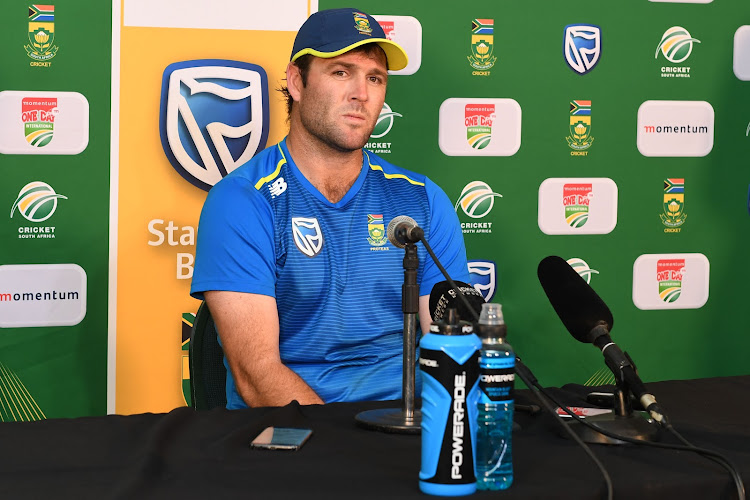 Jon-Jon Smuts is hoping for a great time in Durban as he moves to the Dolphins.
Image: Lee Warren/Gallo Images

Proteas all-rounder Jon-Jon Smuts hopes his recent move to the Dolphins will give him the fresh start and excitement he wants in the second half of his career.

Smuts’ move from the Warriors to the Dolphins is probably one of the big coups in domestic cricket ahead of next season.

The 33-year-old has been with the Warriors from the start of his professional cricket career in 2007.

The experienced Smuts believes his career needs a touch of rejuvenation and some excitement, and thought the switch to the Dolphins could do the trick.

“My last year at the Warriors I didn’t enjoy as much as I would have loved to so I felt the change would be really good for me,” Smuts said.

“Obviously, being an Eastern Cape boy and growing up on the coast, I was looking for a place with similar conditions and atmosphere.

“Durban is the city that attracted me as I’ve enjoyed it every time I came to play there against the Dolphins.”

Youngsters Tristan Stubbs and Gerald Coetzee have been drafted into the SA ‘A’ squad that will tour Zimbabwe for an eight-match limited-overs series ...
Sport
2 months ago

Smuts revealed he had an opportunity to join the Durban-based franchise a few years ago, but opted against the move.

“But now it’s something I’m looking forward to. It’s a change in my career. I’m in the second half of my career and I believe I can rejuvenate at the Dolphins,” he said.

“I’m hoping to win trophies with the Dolphins. I think the Dolphins have a proud history of being a very successful team. For me, it’s about trying to add to the trophy cabinet. As a player that’s basically what you are playing for, to win trophies for your domestic side.”

Apart from helping the Dolphins win titles, Smuts will be expected to play a huge role in helping the Division One side move away from the relegation mix.

As part of the present Cricket SA (CSA) domestic structures, promotion and relegation will come into play at the end of the coming season.

Despite the Gbets Warriors having their backs to the wall in the CSA One-Day Cup, they will continue to try to produce positive cricket and end their ...
Sport
2 months ago

The Dolphins finished third from bottom of the eight team division with 10 points and six ahead of the Knights, who are at the foot of the table. To determine who is relegated and who is promoted from Division Two, the CSA is going to combine points from the 2021-22 and 2022-23 seasons.

“I think we’ve got a really good squad lined up for next season,” Smuts said.

“I do see myself as a senior player, someone who has been around, and maybe I can share my experience with the management and some of the younger players.”