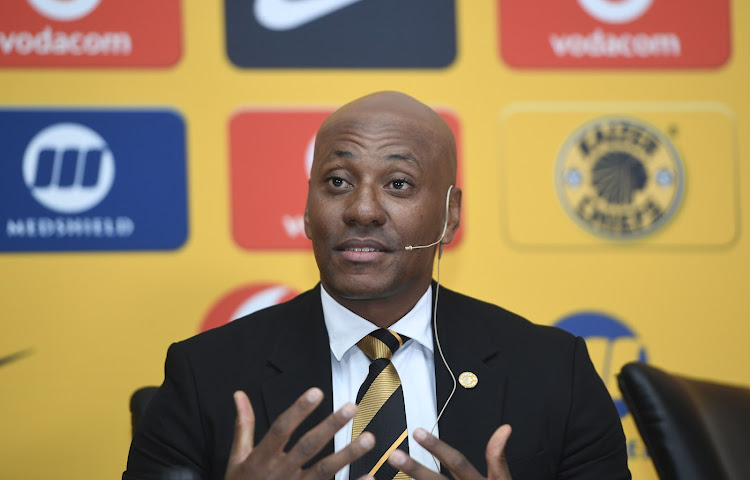 Kaizer Chiefs sporting director Kaizer Motaung junior says the club will announce more changes to the team in the next few days.

Motaung announced Arthur Zwane as their new coach after they agreed on a three-year deal on Thursday.

Motaung also revealed there will be more announcements soon, which will include the list of players axed and new arrivals.

“I think this [appointment of Zwane] was the first step that’s very important and everybody needs to understand the coaches form an integral part of that process,” Motaung said.

“Once this announcement has been made, in the next coming days you will be hearing from the club’s platforms officially who are we signing and who are [we] releasing.”

Kaizer Chiefs' football manager Bobby Motaung has revealed the “clear mandate” that has been given to the club’s new head coach Arthur Zwane and his ...
Sport
1 month ago

Chiefs are believed to have signed Siyethemba Sithebe from AmaZulu, Zitha Kwinika from Stellenbosch and there have been reports that talks between them and Stellies regarding target man Ashley du Preez are at an advanced stage.

It’s still yet to be seen if the club will keep goalkeeper coach Lee Baxter, the son of former coach Stuart Baxter who recently parted ways with Amakhosi.

This after the club appointed Aubrey Mathibe as their new goalkeeper coach last month.

Motaung said the appointment of Zwane was what the club needed as the former Amakhosi player understood the philosophy, culture and identity of the side and could help them play with flair while chasing success.

Arthur Zwane has promised not to be a “Hitler” as Kaizer Chiefs new full-time coach while he spearheads the mission to bring back happy days to ...
Sport
1 month ago

“Apart from all the attributes of expertise, knowledge and understanding of modern football, he has a deep understanding and he can translate it in a practical way.

“That’s very special to get and we need to create an environment to enhance that for us to see it.

“I think for us having a person who also understands the pressure that comes with wearing that jersey.

“When you include that on all the other tributes that you were looking for in a coach, it does set him apart,” he said.

OPINION | Kaizer Chiefs need to give the job to Arthur Zwane

After another trophyless season and without a head coach, Kaizer Chiefs are at a crossroads.
Sport
1 month ago

While the sporting director said they were excited and confident about the appointment, he pleaded with fans to be patient, realistic and focus on the future, not the past.

“But this is just one component, there are so many other things we need to do behind the scenes with the environment and the support that will help him achieve his goals.

“But it was a no-brainer because he is an individual I feel was ideal for this position.”