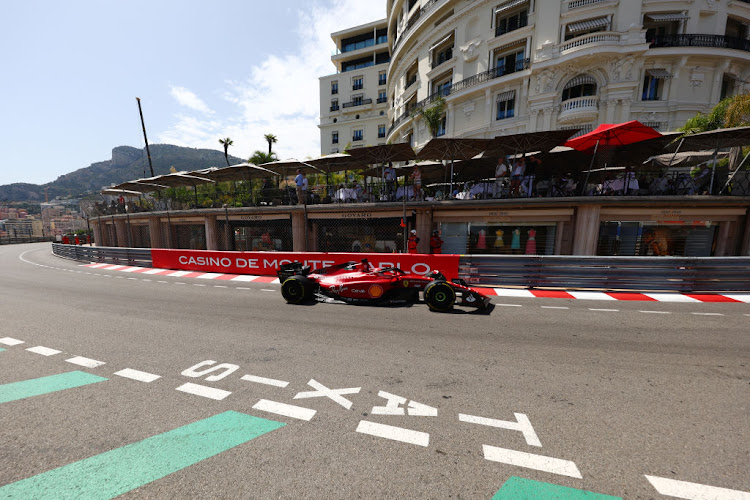 Charles Leclerc on track during practice ahead of the F1 Grand Prix of Monaco at Circuit de Monaco on May 27, 2022 in Monte-Carlo, Monaco.
Image: Mark Thompson/Getty Images

The 24-year-old Monegasque clocked a best time of 1:14.531 seconds on a hot and sunny afternoon in the Mediterranean principality.

Red Bull's Sergio Perez was second fastest, 0.039 off the pace, with Ferrari's Carlos Sainz third and 0.070 slower than his team mate.

Verstappen, last year's winner around the street circuit, was 0.181 slower than his title rival.

Leclerc, who took pole position in Monaco in 2021 but was unable to start the race due to a driveshaft problem, is six points behind Verstappen after retiring from last weekend's Spanish Grand Prix but hoping to take back the lead on Sunday.

Lando Norris was fifth for McLaren, after resting this week to recover from tonsillitis, with AlphaTauri's Pierre Gasly sixth.

Since the revamped Kyalami Grand Prix Circuit was opened in 2015 there has been much speculation about whether it will host a Formula One Grand Prix.
Lifestyle
2 months ago

George Russell was the fastest Mercedes driver in eighth, with seven-time world champion Lewis Hamilton only 10th fastest and complaining that his car was bouncing again.

“It's so bouncy out here, man I am losing my mind,” said the Briton.

“I need elbow pads in this cockpit it's bouncing so much.”

Mercedes boss Toto Wolff had warned earlier in the week that the seventh race of the 22-round season could be a tricky one for his team.

“Monaco hasn't always been our happiest track, and slow-speed corners haven't been our strength this season as we saw in Barcelona,” he said, referring to the previous race in Spain last weekend.

Mick Schumacher stopped his Haas on track with a gearbox problem while Alfa Romeo's Valtteri Bottas failed to complete a lap due to technical problems. The Finn was also fined for pitlane speeding.