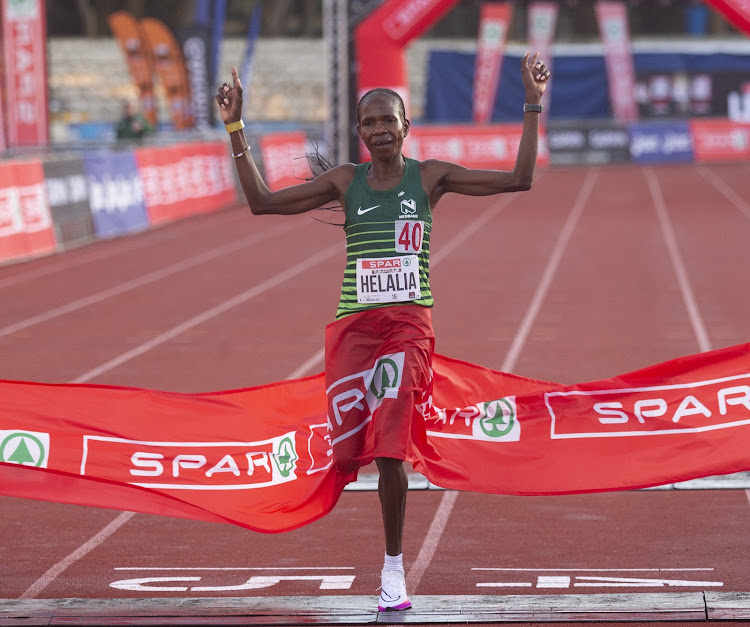 Namibian runner Helalia Johannes won the first SPAR Women's 10km race at the Nelson Mandela University (NMU) in Gqeberha on Saturday in an impressive time of 31:53.

Johannes was followed in second place by defending Grand Prix champion Tadu Nare of Ethiopia (32:11) and her compatriot Selan Gebre (32:23) in third place.

Tayla Kavanagh was the first South African home with her second fastest time of 32:33.

On what was largely a flat course under good weather conditions, Johannes ran what turned out to be an unofficial world record for veterans but it is yet to be confirmed by World Athletics (WA).

The current record is 32:14 but there is a complex process that needs to happen over the coming weeks before the 41-year is confirmed as the new record holder.

Talking after the race, Johannes said she was not surprised to have ran such a fast time.

“Because of my preparation for this event, I am not surprised at the time that I ran because it was what I planned to run. When I reached the 8km mark, I realised that I was a bit late so I just went according to the time that I was expected to run.”

During the early stages of the race, Johannes ran side by side with Nare but pulled away around the 8km mark until she crossed the finishing line and she enjoyed going up against the Ethiopian.

“I like to have Tadu and for me to run with her is very good because she is a fast runner. Whenever I race with her I am always happy because I know I can run faster times. Any position that I will take this season I will be happy for that.”

Nare also said she is relishing the prospect of running against Johannes during the season.

“It is very important to have someone challenging or better than you in order to push yourself. In the beginning I used to go with her for about four to five kilometres and she disappeared but now I managed to push until the 8-kilometre mark.

“So, it is encouraging to have someone challenging you and it is important for my own development and I welcome her presence here.”

Asked to reflect on her race, Kavanagh said she was happy with her time

“Everything went good for me and I am very happy with my time. It is the second fastest time I have ever run so it was good. I love racing in PE because it is always nice weather conditions and everything played well today.”

After close on two years of no meaningful road racing, the past weeks have seen a hive of activity and though not back to normality, the races are ...
Sport
4 months ago