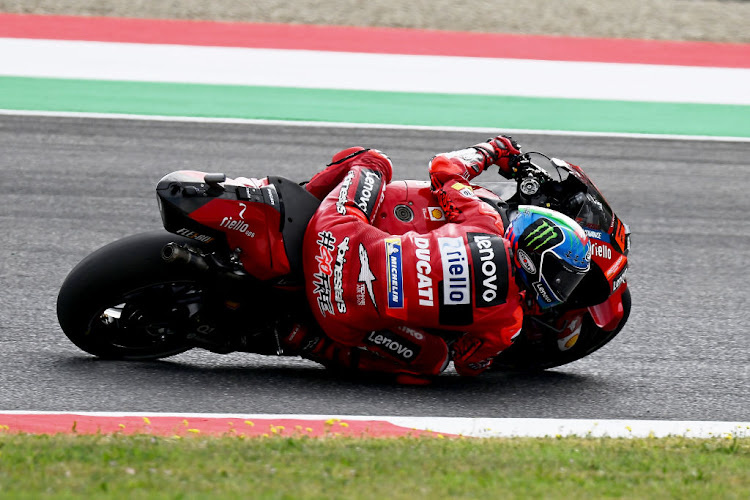 Francesco Bagnaia on track during the MotoGP of Italy at Mugello Circuit on May 29, 2022 in Scarperia, Italy.
Image: Emmanuele Ciancaglini/Ciancaphoto Studio/Getty Images

Ducati's Francesco Bagnaia held off a spirited challenge from reigning world champion Fabio Quartararo of Yamaha to win the Italian Grand Prix in front of his home fans at the Mugello Circuit on Sunday.

Bagnaia started fifth on the grid and, with 15 laps to go, overtook Marco Bezzechi of Mooney VR46 Racing Team in the first spot with a brilliant move heading into Turn 1.

The Italian held on to his lead for the rest of the race, securing his second win of the season after the Spanish Grand Prix.

Bagnaia dominates Spanish MotoGP for first win of the season

Ducati's Francesco Bagnaia won his duel with world champion Fabio Quartararo of Yamaha in commanding fashion as he clinched his first victory of the ...
Sport
1 month ago