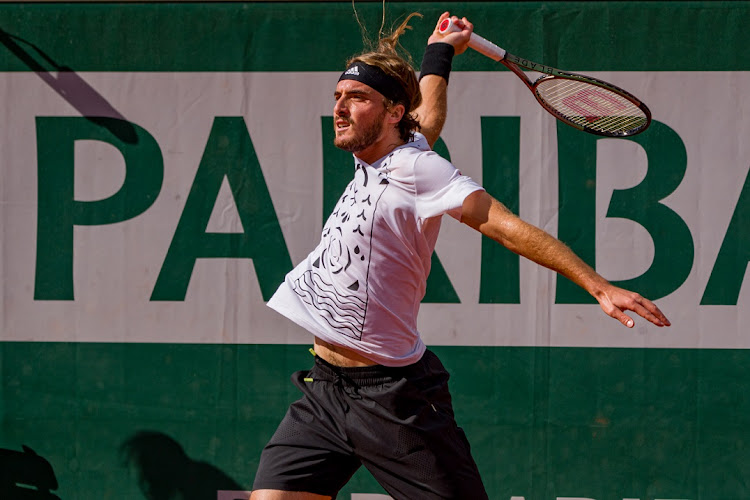 Stefanos Tsitsipas of Greece plays a backhand against Mikael Ymer of Sweden in their French Open third round match at Roland Garros on May 28 2022.
Image: Andy Cheung/Getty Images

Greek fourth seed Stefanos Tsitsipas thrashed Sweden's Mikael Ymer 6-2 6-2 6-1 in a lopsided contest to canter into the French Open fourth round on Saturday.

Tsitsipas, who made the final at the clay court Grand Slam last year, came into the Roland Garros clash with a 3-0 head-to-head lead over fellow 23-year-old Ymer.

There were no signs that things would be any different this time with Tsitsipas dominating proceedings from the onset on a sunbathed Court Suzanne Lenglen. He put on a clinical service display on the red clay, facing just a single break point on his delivery and losing only 10 points on his serve.

“Lot of good rallies from my side. We have a history, playing Mike from the juniors. We played each other a lot,” Tsitsipas said on court, adding that he enjoyed the sunny and drier conditions on Saturday.

“It was a good game for myself. I think I played really well and topped it off with some pretty good, patient tennis.”

Barbora Krejcikova's French Open title defence ended in the opening round on Monday as local hope Diane Parry was roared to a 1-6 6-2 6-3 victory ...
Sport
1 month ago

Second seed Daniil Medvedev cruised past Miomir Kecmanovic of Serbia 6-2 6-4 6-2 in less than two hours to advance to the fourth round.

The US Open champion, who reached the quarterfinals at Roland Garros last year after four consecutive first-round exits, played near-flawless service games throughout to give his opponent, ranked 31st in the world, no real chance.

“It was magnificent today; I did not have my serve broken,” Medvedev, runner-up at the Australian Open this season, said.

“On this surface it is quite unusual. Hopefully there are more such matches for me next week.

“Like in my French, I try to do better in my tennis all the time. The better I learn French, the better my tennis will become.”

Tennis world number one Novak Djokovic said in a statement on Sunday that he was "extremely disappointed" with the decision to cancel his visa to ...
Sport
5 months ago

Eighth seed Ruud battled back to beat Italy's Lorenzo Sonego to take his place in the fourth round in Paris for the first time having reached round three for the past three years. A little later, Danish 19-year-old Rune continued his sensational progress as he trounced France's Hugo Gaston.

Rune, who beat 14th seed Denis Shapovalov in straight sets in the opening round and followed up with another comfortable win in round two, was too good for home hope Gaston.

The French Open debutant dominated from the word go as he chalked up a 6-3 6-3 6-3 victory. He will face Tsitsipas next.