Pitso: ‘If you play at a neutral ground you can talk about winning or losing’ 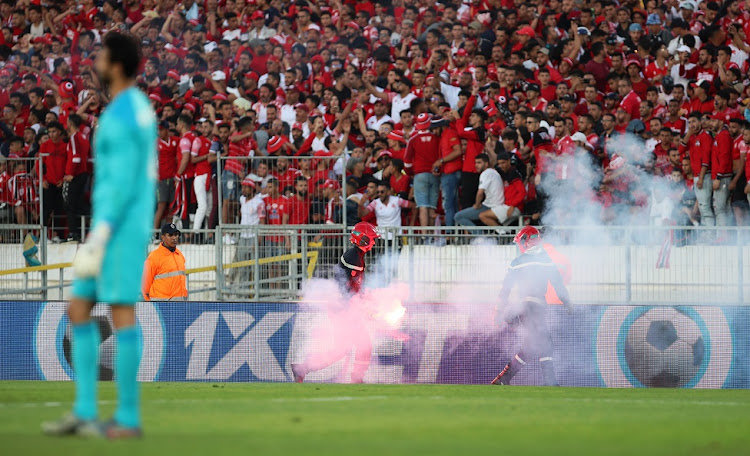 The home venue for Wydad Athletic was decisive in the result, Al Ahly coach Pitso Mosimane complained after his side’s 2-0 Caf Champions League final defeat in Morocco on Monday night.

Ahly dominated long periods of the game at Stade Mohamed V in Casablanca. Wydad, though, played smart, defended and absorbed the Egyptian giants’ pressure superbly, and stepped up their intensity at the start of both halves to earn the decisive goals in critical phases of the game.

Wydad were also helped in no small part by the deafening noise of their home crowd after the Confederation of African Football’s (Caf) controversial decision to allow the same venue to host the Champions League final for a second year in succession.

“The better team was the one who lost tonight,” Mosimane said.

“When you play at a neutral ground with equal fan attendance from both sides then you can talk about winning or losing. I think everyone who took this decision is happy now.

“Also, everyone knows that Amr El Solia is injured — that is why he did not play from the beginning of the game.”

“I do not know how anyone can say that the Caf Champions League final was well organised. I think the Moroccans are the only ones who said that.”

Al Ahly coach Pitso Mosimane says his team have every belief they can upset Wydad Athletic at their home ground in Monday night's Caf Champions ...
Sport
4 weeks ago

Mosimane was also not pleased that referee Victor Gomes, who had technical trouble and a long stoppage to replace some faulty equipment, only allowed three minutes of added time.

“The referee took three minutes to replace his watch. Also, the ball boys took a lot of time to bring the balls back to the players, and that was a normal thing to happen, especially when you play at Wydad’s ground.

“Eventually it was normal that Wydad won the title.”

Forward by Zouheir El-Moutaraji's brace (15th and 48th minutes) earned Wydad their third Champions League title after successes in 1992 and 2017.

Ahly and Mosimane were denied a record-breaking third title in succession.