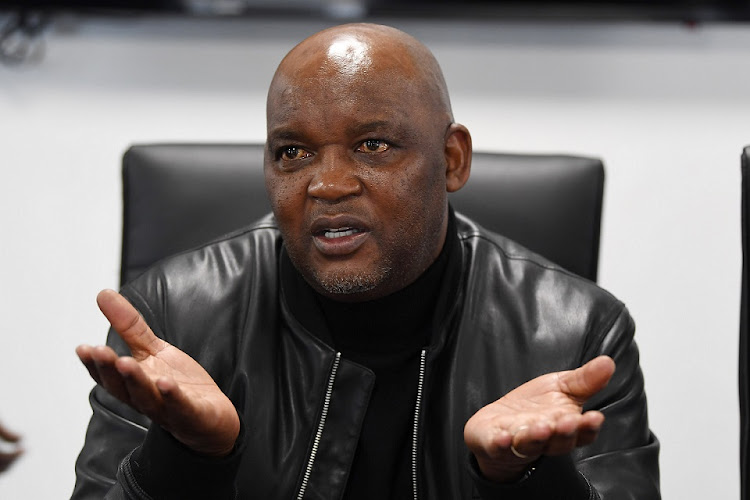 Zwane, who will be assisted by Dillon Sheppard, was appointed as Amakhosi’s full-time coach last month to replace Stuart Baxter, who was fired in the latter stages of last season.

Mosimane said for Zwane to be successful, Chiefs have to sign quality players. Amakhosi have so far recruited Zitha Kwinika and Ashley Du Preez from Stellenbosch FC.

“Arthur Zwane must say what he wants to do and how he wants the team to play but he must have the players to play the way he wants. He can make it and I support him. he’s a local coach,” Mosimane said.

“All those years ago when I got a chance, I was at SuperSport United and with a team that was at the bottom of the log, but he is at Kaizer Chiefs and this is a big one.

“He must work hard, he has to trust his instinct, he has to give direction and he has to provide the philosophy of how the team must play. Philosophy is not based on what he wants, it is based on the players he has.

‘Baseless’: Caf hits back at Mosimane comments on ruling body and Motsepe

The Confederation of African Football has hit back at Al Ahly coach Pitso Mosimane over some of his statements made about the continental ruling body ...
Sport
3 weeks ago

“I always like to say that everybody likes to play like Manchester City but do you have players like Kevin De Bruyne, Bernardo Silva or Riyad Mahrez? If you don’t have players to take on opposition one-on-one and world class wingers, don’t adopt the Manchester City style because that is their strength.

“If you want to follow Liverpool’s shape of 4-3-3, which is different from Man City, you must have Sadio Mané and Mohamed Salah coming inside. Liverpool also rely on their fullbacks to cross the ball.

“You can’t say you want to play the Liverpool way. You must have your way and your way is determined by the players you have and those players must play to a shape, formation and system.”

Mosimane said Zwane must use a system that will work with the players he will have at his disposal.

“He must know what he wants, what he has and he must play to his strength. We used to criticise coach Ernst Middendorp [Chiefs' coach in 2019-20]. I also used to criticise him, but he gave us trouble and he nearly won the league.

“He was playing according to the strength of his team with big boys like Eric Mathoho, Daniel Cardoso, Lucky Ngezana, Ramahlwe Mphahlele, Leonardo Castro and Samir Nurković.

“When it's free-kicks or corner kicks, it is six big boys in the box and they will score because of their aerial strength. He played to his strengths. You might criticise him [Middendorp] and say this is not good football but what is good football? Even Chiefs fans accepted his football.

“You know the history of Chiefs. They don’t play like that but they accepted it because they were winning. Gavin Hunt also plays his own way.”