POLL | Is Hugo Broos right about the PSL? 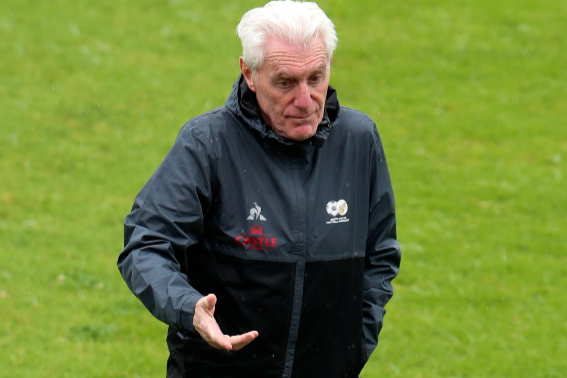 Hugo Broos got the streets in a mess with his claims.
Image: Muzi Ntombela/BackpagePix

His side might be struggling on the pitch, but Bafana Bafana coach Hugo Broos has either scored an own goal or hit the target with his comments about the PSL.

Broos has been at the helm of the national team for several months and this week gave an honest assessment of the state of SA football.

He said it was time the nation faced “the real problem” of not having enough quality players and a league that was not competitive enough.

“We don’t have players like those of our last three opponents in Ghana, France and Morocco.

“If you look at Ghana, 90% of their [national team] players are based in Europe. When it comes to France I don’t even have to explain because their players play for big European teams.

“We can look at the fantastic race that Mamelodi Sundowns and Orlando Pirates did on the continent, but Sundowns lost in the quarterfinal stage of the Champions League and Pirates lost in the final of the Confederation Cup.

“Two Moroccan teams in Wydad and RS Berkane won those competitions and in the Moroccan team there was no player from those teams in the national team except the goalkeeper. Let’s face it, the problem of SA is that the level of the PSL is not high enough.”

Bafana Bafana coach Hugo Broos has ruffled feathers in the past and he was at it again on Tuesday, saying the level of the Premier Soccer League is ...
Sport
1 week ago

While many applauded Broos' honesty and said he was right, others said he was deflecting attention away from his team's poor performances.

Footballer Kermit Erasmus questioned why Broos did not believe in SA talent.

“Why do we have a coach who doesn’t believe in our talent and league? Sorry for thinking out loud.”