Nkwe is one of four fresh executive appointments the association announced on Thursday. 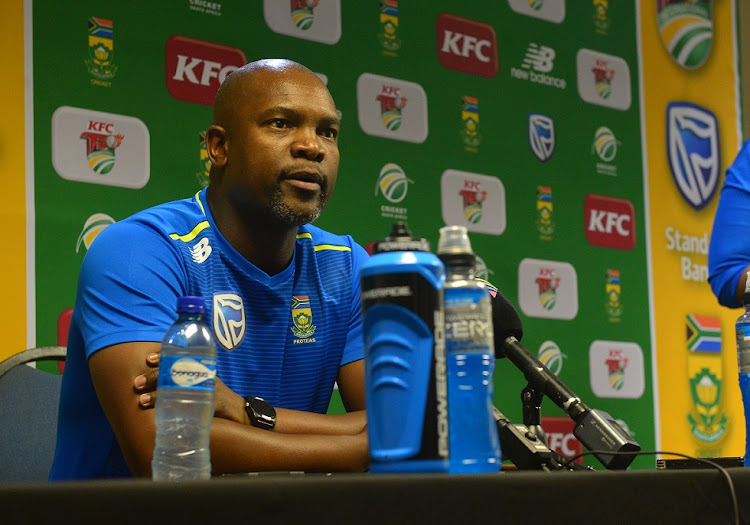 Cricket SA has appointed Enoch Nkwe as Graeme Smith’s successor in the important post of director of cricket.

Nkwe was announced among four executive appointments, the others being Mtunzi Jonas as chief commercial officer, Wanele Mngomezulu as chief marketing officer and Tjaart van der Walt as CFO.

Former Proteas captain Smith’s contract as director of cricket was not renewed at the end of March after he served in that role from late 2019.

CSA said: “After a vigorous independent recruitment process, CSA is pleased to announce the appointment of four successful candidates who will form part of the organisation’s dynamic executive team.”

The association noted Nkwe “played professional cricket for the Lions before he was forced to early retirement due to his career-ending injury.

Cricket South Africa (CSA) is pleased to announce the appointment of four successful candidates who will form part of the organization’s dynamic Executive team.

“He was also assistant head coach and the interim team director of the Proteas.

CSA said Mtunzi “joins CSA from a successful tenure at the Absa Group Ltd, where he was general manager for sponsorships.

“Attuned to managing large teams and budgets, Mtunzi has worked in leadership positions within large corporations, with a strong focus on sports marketing. These include SA Breweries, Red Bull SA and Unilever SA.”

Smith grateful to have name cleared of ‘baseless’ allegations of racism

Graeme Smith says he's grateful his name has been cleared and he can now move on with his life vindicated.
Sport
3 months ago

It said chartered accountant Van der Walt “is a financial modelling specialist having worked as principal at the CFO Centre where he worked on interim and final results of listed entities as per JSE listing requirements. He was also a financial director and later commercial director of health care SA at Imperial.

“Before joining Imperial, he was CFO for the RTT Group and divisional financial director for the Marlin Group.”

“As head of marketing, commercial and communications at the Central Gauteng Lions, Wanele was part of the inaugural launch of the Mzansi Super League responsible for the marketing and promotion of the Jozi Stars and revamped Lions Cricket Union brand proposition.”

CSA CEO Pholetsi Moseki congratulated the four on their appointments.

“CSA is intentional in turning the corner and reaching greater heights. The appointment of these executives is intended to strengthen CSA’s resolve and anchoring the administration with the best expertise on offer.

CSA said Nkwe “will assume duty on July 1 while the other three executives will join on August 1”.