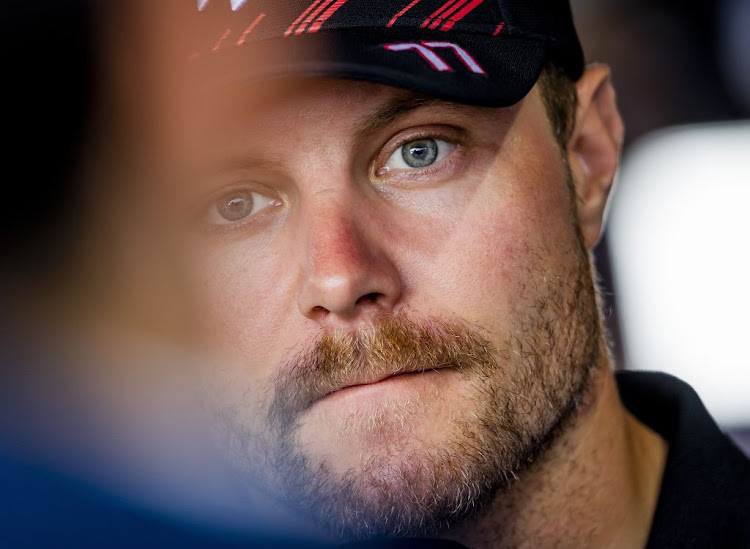 Valtteri Bottas was fastest in a damp and largely meaningless first practice for the British Grand Prix on Friday with half the field including Formula One championship leader Max Verstappen failing to set a time.

Bottas did nine laps and clocked a comparatively slow time of 1:42.249 seconds in his Alfa Romeo, with seven-time world champion Lewis Hamilton second for Mercedes but 0.532 slower.

They were the only two to set a time on slicks at the end of the session, with others on wets.

Ferrari duo Carlos Sainz, who had led halfway through the session, and Charles Leclerc were third and fourth on an afternoon of classic British summer weather with rain showers and the sun occasionally poking through.

The fans packed in regardless, filling the grandstands with more than 400,000 expected over a sell-out three days at Silverstone compared to last year's attendance of 356,000.

That would make it the biggest three-day attendance at a sporting event in Britain.

The session was red-flagged with a minute to spare after Canadian Lance Stroll beached his Aston Martin in the gravel run-off at Copse.

Hamilton has won his home race a record eight times and Mercedes have introduced upgrades for Silverstone, hoping to provide him with a more competitive car after bouncing problems this season.

Formula One also trialled a new “pedal cam” camera mounted inside the footwell of Lando Norris' McLaren, the first time that camera angle had been used since the 2000 Belgian Grand Prix.

The sport said it aimed to assess the technology and roll it out across the grid in future races to give insight into the drivers' work in the cockpit, adding to the 'helmet cam' feature.