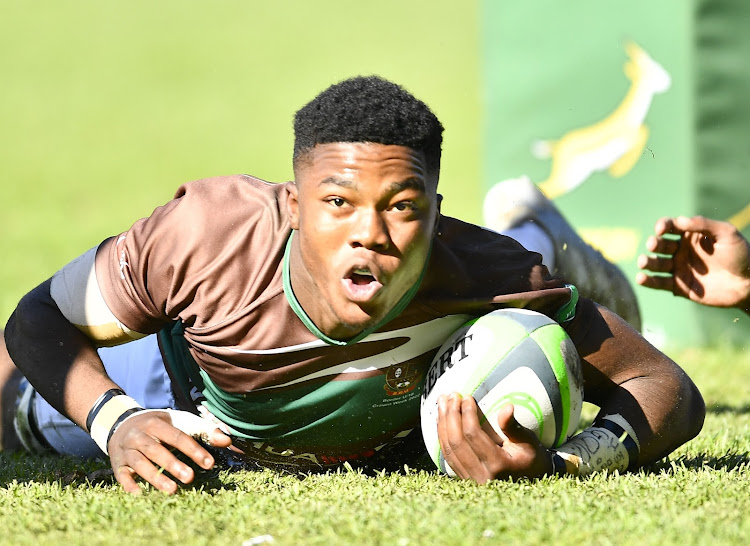 Border Craven Week loose forward Sibabalwe Mahashe, of Hudson Park High, has described his selection to the SA Schools squad as a stepping stone to furthering his rugby career.

“This will be an opportunity for me to prove myself and showcase my abilities as a player because going forward I would like to play varsity rugby and represent my union’s U20 side and earn a starting position there,” Mahashe said.

“That will be my goal heading into next year and maybe in two or three years’ time hopefully make the Currie Cup side,” he said.

The SA Schools side will take on the SA A Schools team on Saturday at Hamilton Rugby Club in Green Point, Cape Town (12.30pm), in what will be a highly-anticipated affair.

Both sides will be looking to earn bragging rights.

The Border Craven Week side might have not have reached the U18 Craven Week final at Rondebosch Boy’s High School, Cape Town on Saturday, but head ...
Sport
1 month ago

The squads assembled at Hoër Landbouskool Boland, Paarl this week after the conclusion of the SA Rugby U18 Craven Week held at Rondebosch Boys’ High School, Cape Town.

Border had a disappointing Craven Week where they lost two out of the three matches.

The 18-year old Mahashe was the only player to be selected for  the SA Schools starting line-up.

“It has been a dream of mine since grade 8 to play for the SA Schools team.

“Last year, I made the SA U18 squad but hours after I received the news, the tour to Georgia was cancelled [because of the pandemic] before I could even earn my first cap for the side.

“Being selected for the SA Schools again means the world to me because many people doubted I would make it.

“One of the reasons being my diminutive size,” he said.

“They said I was small to be an eight-man and because I had started the season very slowly — I was not at my best — I had to work hard at training and put in extra hours working on the little things that I lacked because people thought the wheels would come off,” he said.

Good wins for Border, EP at U18 Craven Week

A highly competitive third day of the SA Rugby U18 Craven Week once again confirmed why this flagship schoolboy tournament is such a popular event ...
Sport
1 month ago

Among other Border representatives who will feature in the match on Saturday are scrumhalf Michael Maseti (Queens), fullback Onelisiwe Fani (Dale) and outside centre Sesethu Mpaka (Queens) who will come off the bench for the SA Schools A side.

Before the match, a blazer presentation ceremony will be held this week and the squads will attend the third Castle Lager Incoming Series Test between the Springboks and Wales at the Cape Town Stadium.