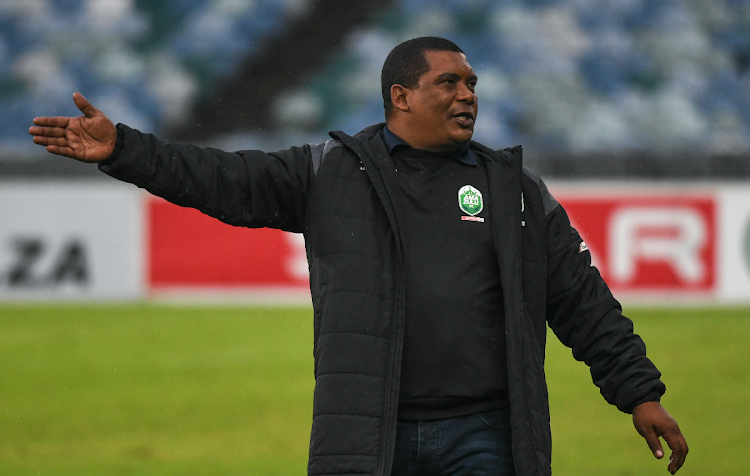 AmaZulu coach Brandon Truter is happy with the squad he has.
Image: Darren Stewart/Gallo Images

While AmaZulu coach Brandon Truter admits the club has let go of some good players who were key to the team last season, he believes they’ve bolstered with equally talented signing who can win Usuthu trophies.

AmaZulu shocked the football fraternity at the end of last season when they released about 15 players, including top talents Luvuyo Memela and Augustine Mulenga.

“But with the president [Sandile Zungu] and the board being so ambitious you can see the signings we have made. It’s quality signings.

“We didn’t replace them with quantity but with quality players. You can see it at training, we are training at a level that I’ve never seen before with the amount of quality that is there.”

Zungu is one of the most ambitious club bosses in the Premier Soccer League and has spoken about how he wants Usuthu to be a force to be reckoned with and winning trophies.

Truter has made a bold statement that his squad has what it takes to bring a trophy to KwaZulu-Natal.

“I have some players in the squad who have won trophies and league titles too,” he said.

“With that culture and mindset rubbing off on the others I don’t see why the club can’t be challenging for honours on all fronts this season. Yes, it’s a smaller squad, but we don’t have Africa [continental competition] to worry about this season.”

All AmaZulu's new signings have linked up with the team in Durban, except for Brooks who is with the national team.

“Gabadinho joined us on Tuesday and Ethan Brooks is still on duty with the national team. Veli [Mothwa, Usuthu's goalkeeper] had an extended break as he was with Bafana during the off-season, so we didn’t have everybody at the same time.

“George Maluleka also joined us last week, so we have a tailored programme and we have to manage the processes well. But so far so good and we like what we see.

“We want to get all these new players together and take one direction with one objective.”