This victory is for everyone back home, says elated Ellis as Banyana qualify for the World Cup 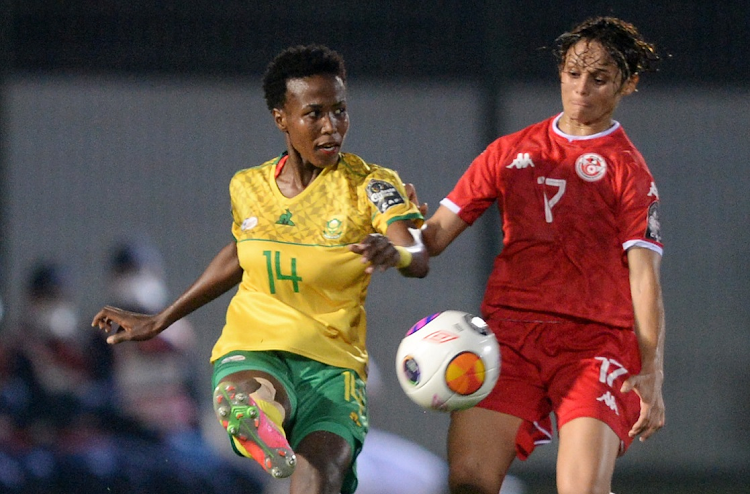 Banyana Banyana may have celebrated late into the night on Thursday upon qualifying for next year's Women's Fifa World Cup after beating Tunisia 1-0 in Rabat, Morocco, but for coach Desiree Ellis, improving Banyana's game was uppermost in her mind.

Banyana will face Zambia for a place in the Women's Africa Cup of Nations (Wafcon) final in Casablanca on Monday after a Jermaine Seoposenwe goal gave the team their ticket to next year's World Cup in Australia and New Zealand.

Ellis conceded that Banyana didn't dish out their best performance against the Tunisians but added there was always going to be nerves in some of her charges because it was the first time they'd had to fight for a place in a World Cup.

“We started really well but then we stopped playing. Why, I don't know,” said Ellis, who also took Banyana to the 2019 World Cup in France.

We kept encouraging the players to play, we kept creating chances and as the game went on I think they (Tunisia) piled the pressure and we tried to calm our players down

“We kept encouraging the players to play, we kept creating chances and as the game went on I think they (Tunisia) piled the pressure and we tried to calm our players down.

Ellis was elated to qualify the team for the World Cup and dedicated the victory to the SA people, especially those battling the energy crisis.

“This victory is for everyone back home,” said Ellis. “The situation at home is not fantastic, there's a lot of load-shedding happening, people without electricity and some might not even have seen the game.

A dominant Banyana Banyana booked their spot in the Women's World Cup after beating Tunisia 1-0 in their quarterfinal at the Women’s Africa Cup of ...
Sport
3 weeks ago

“We've received so many messages wishing us well on social media and on our own personal WhatsApp and phone calls, and so this is for everyone back home because of the support we've been getting.”

Ellis said their poor finishing worries her but she believes her charges will improve after securing their World Cup place.

“If one goals goes in for Noxolo (Cesane) I think she was going to have a hat-trick. You could see the confidence going down and we were just trying to keep her going. All we can do is keep working on our finishing and I hope it comes in the next game.”

Ellis said she felt for the young players in her team and could tell that the nerves got the better of them as the game went on against a Tunisian side which nearly sneaked in an equaliser in the second half.

Banyana Banyana coach Desiree Ellis says after the big blow of losing star player Thembi Kgatlana, they have spoken to the rest of the squad about ...
Sport
4 weeks ago

“For many of the players in this group, they've never been to the World Cup. So the pressure of that counted against them in the end,” she said.

“But they showed true character and grit. Losing a player like Thembi (Kgatlana, through injury) at the time (last group match against Botswana), they were a bit sad. But they said let's do it for her then.

“I think it was important that we took hold of this opportunity. Going the other route (qualifying through intercontinental play-offs) is not what you want to do because you almost have no chance to be honest.

“For us, doing it like this takes the pressure off completely and we'll celebrate tonight (Thursday). It's a celebration and then we'll work on getting better.”