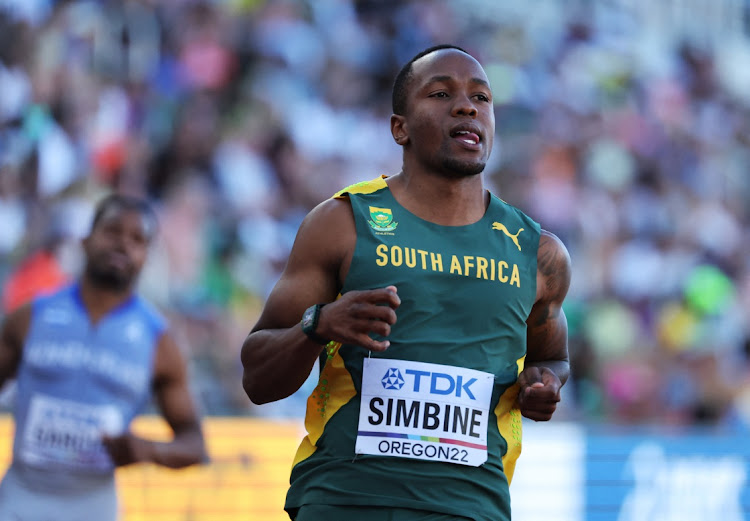 Akani Simbine’s incredible six-year run inside the top five of the world could come to a crashing end at the world championships in Eugene, Oregon, in the early hours of Sunday (SA time).

Even in the Covid-curtailed 2020 season Simbine pushed out the third-fastest time.

But in the heats on Friday the 28-year-old finished fourth in his race, won by Botswana’s 19-year-old Letsile Tebogo, the world junior champion who set a 9.94 world under-20 record.

Then came Jamaican veteran Yohan Blake, whom Simbine had beaten in eight of their last 13 races, and Canada’s Aaron Brown, who had never beaten the South African in six previous outings.

Simbine’s 10.07 was the 14th fastest time of Friday’s heats, and while it was quicker than some big names, like defending champion Christian Coleman, who won his heat in 10.08, he looked like he had little in reserve.

He was slow out of the blocks, a perennial problem, and after that he was trying to play catch-up.

And for someone who normally has a few sub-10s under his belt going into the main competition of the year, Simbine arrived in the US with a season’s best of 10.02.

He was dethroned as African champion by Kenya's Ferdinand Omanyala in May, and he will attempt to defend his Commonwealth Games crown in Birmingham next month.

But now he needs to find his old magic quickly before the semifinals at 3am on Sunday (SA time) or else he may not even be among the top eight in the world.