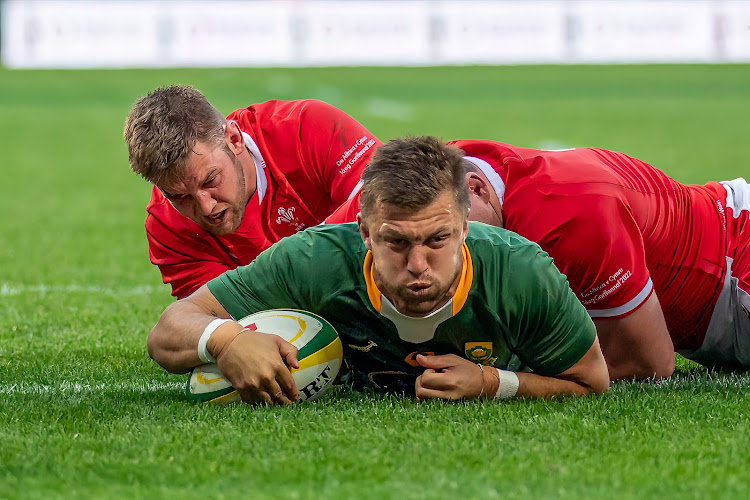 They couldn’t dare make a pig’s ear of the significant occasion for centurion Eben Etzebeth and half-centurion Bongi Mbonambi at this venue where they played most of their rugby.

They couldn’t dare allow Wales to register their first series win in the country under their watch and disappoint a raucous Cape Town Stadium that was bursting at the seams and millions who watched on television.

From the beginning, this occasion where the Boks beat Wales 30-14 to clinch the series 2-1, had a feel of celebration as Etzebeth became the seventh and youngest Springbok in history to earn 100 Test caps.

Elton can take a leaf from the life of Bryan

His substitution at Loftus Versfeld and now omission from the Springbok squad for the second Test against Wales in Bloemfontein have raised questions ...
Sport
1 month ago

When players walked out to have a feel of the pitch before the match started, Etzebeth stood in the centre circle for a while looking around the stadium at appreciative fans.

For a powerful man mountain like him, it was strange that Etzebeth was introduced with opera music as he led the team onto the field before the national anthems.

When he was replaced on the hour mark by Franco Mostert, he received a standing ovation after a highly impressive performance where he carried and tackled with aplomb.

Eben Etzebeth will earn his 100th Test cap when the Springboks take on Wales in the third and decisive match at Cape Town Stadium on Saturday for ...
Sport
1 month ago

And then there was Bongi Mbonambi, another key member of this Springboks side who capped his half century of appearances with the second try of the afternoon in the first half.

There was another special moment as son of this province Breyton Paulse, who played 64 Test matches for SA as a winger and scored 26 tries, was the designated flag bearer.

South Africa, who were erratic at times, went to the break leading by nine points after two tries from Handré Pollard and Mbonambi while Wales responded with a try by Tommy Reffell.

During the opening exchanges, the Boks lost Cheslin Kolbe after 20 minutes with what looked like a serious jaw injury and he was replaced by veteran Willie le Roux.

Springboks out to do it for Etzebeth, Mbonambi and the nation in decider against Wales

Besides the obvious objective of winning the Test series 2-1, the Springboks have the added motivation of doing it for stalwarts Eben Etzebeth and ...
Sport
1 month ago

In the second half, Siya Kolisi scored the third try for the Boks and it was also a successful day in the office for Pollard who scored 20 points from a try, two penalties and three conversions.

In the build-up to this match, Kolisi said their aim was to do it for Etzebeth and Mbonambi and to put smiles on the faces of South Africans and they did just that.

It was not pretty at times as this full-strength Bok side were at times frustrated by Wales but they had enough in the tank to win this deciding match.

It was a day of deciders in world rugby as Ireland stunned New Zealand 32-22 earlier in the day in Wellington to win their series 2-1 and hand the All Blacks their first back-to-back defeats at home in 24 years.

In another important international rugby match on Saturday, England got the better of Australia 21-17 to win their series at the Sydney Cricket Ground in what turned out to be a good day for rugby for the northern hemisphere.

The Springboks have seen this movie before.
Sport
1 month ago

This series started three weeks ago with the Boks needing a penalty after the hooter from Damian Willemse to narrowly beat a spirited Wales 29-23 after they were 18-3 down at halftime.

In that match, the Boks were lethargic in the first half but they launched a spirited fightback after the break to score three tries by Mbonambi, Malcolm Marx, Cheslin Kolbe.

With a 1-0 lead in the series, coach Jacques Nienaber tinkered with the team as he made 14 changes to the starting line-up for the second Test in Bloemfontein much to the displeasure of many people.

The Welsh Dragons took advantage to finally break their duck and record their first and narrow win (13-12) at the death on SA soil and most importantly to level the Test series.

But, the Boks prevailed with players like Ntuthuko Mchunu, Ruan Nortje, Deon Fourie, and Grant Williams having tasted international action.