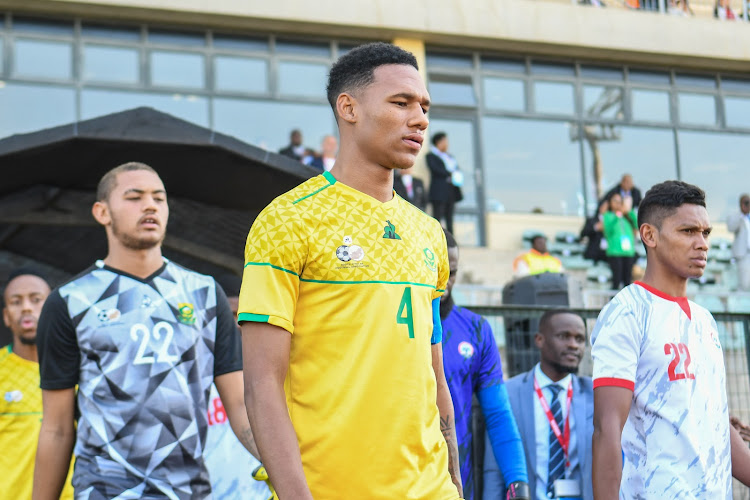 SuperSport United defender Keagan Johannes has sent a strong message to anyone who is of the view that the group of players that represented SA in the Cosafa Cup in Durban is not the “real” Bafana Bafana.

For this year’s Cosafa Cup, currently taking place in Durban, SA opted to send a youthful and inexperienced side rather than the usual Bafana players who participate in World Cup and Afcon qualifiers.

Bafana Bafana are set to play Botswana in the Cosafa Cup Plate final while Zambia defeated Senegal 4-3 to book a spot in the main tournament final ...
Sport
1 month ago

Mkhalele’s side failed to defend the title that SA won last year, being knocked out by Mozambique in the quarterfinals.

Some have labelled the group a Bafana ‘C’ team, something Johannes refuses to entertain.

“Look, I was about to tell you now this is Bafana,” Johannes said.

“We are Bafana because if you look at it, these are the guys that will represent the country in the next five years to come.

“This is Bafana and we are obviously working on building that relationship among one another as players.”

During his few press conferences in Durban, Mkhalele said they opted to bring in youngsters, most of whom are yet to make a break in their senior clubs, with the aim of preparing the U23 team for the Olympic Games qualifiers in September.

After being knocked out of the Cosafa Cup in the quarterfinals, a youthful Bafana Bafana redeemed themselves with a lukewarm 2-1 win over Madagascar ...
Sport
1 month ago

The interim coach said players who impressed during the Cosafa Cup might be roped in by Bafana coach Broos for the African Cup of Nations qualifiers also scheduled for September.

Johannes believes some of Mkhalele’s group should be integrated with the senior players.

“Obviously, with us we have to integrate with those players because we are also Bafana Bafana players now. When the players come together we will be a collective,” Johannes said.

The young Bafana side will feature in the Plate final against Botswana at Sugar Ray Xulu Stadium in Durban on Sunday (10am).

This after the South Africans defeated a lowly-rated Madagascar 2-1 on Friday.