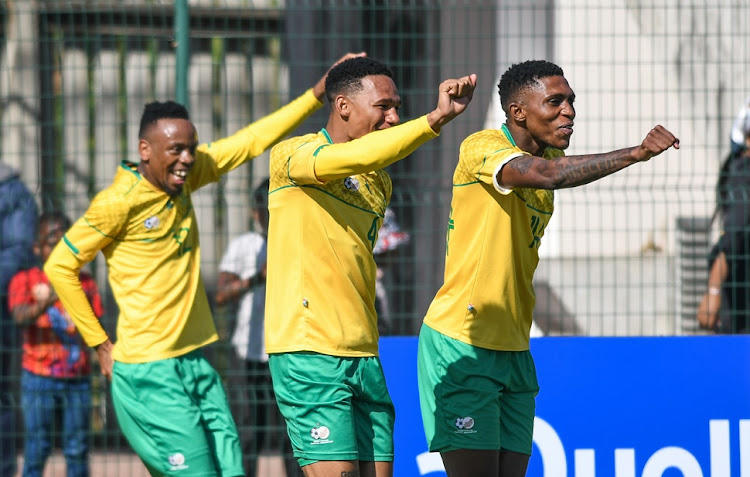 The youthful Bafana Bafana competing at the Cosafa Cup defeated a 10-man Botswana 2-1 to win the Plate final at Sugar Ray Xulu Stadium in Durban on Sunday morning.

South Africa found themselves competing in the Plate after they were knocked out by Mozambique in the quarterfinals of the main Cosafa Cup and went on to defeat lowly-rated Madagascar in the Plate semifinal on Friday.

After saying he wasn’t going to implement squad rotation going into the Plate decider, Bafana assistant coach Helman Mkhalele — in charge as head coach Hugo Broos sat out the Cosafa — made eight changes to the team that defeated Madagascar 2-1.

SuperSport United defender Keagan Johannes has sent a strong message to anyone who is of the view that the group of players that represented SA in ...
Sport
3 weeks ago

Mashigo, 21, plays his club football in Northern Ireland for Portadown, a club that also has SA goalkeeper Jethren Barr on its books.

The midfielder spent most of his young career playing in Ireland and England before his switch to Portadown early this year.

But Mashigo’s debut for Bafana — where Mkhalele substituted him five minutes before the halftime break and brought in Rasebotja, also replacing left-back Cele with the impressive Siyanda Msani — ended in disappointment.

Mashigo hadn’t performed badly in the 40 minutes he played and it’s not clear why he was replaced so early.

The first half was a bruising battle as Botswana were often blown up for their tough and sometimes dangerous tackles on the South Africans.

Just like they did in their previous two matches in the build-up to the final, Bafana created chances but their touch in the final third often let them down.

After being knocked out of the Cosafa Cup in the quarterfinals, a youthful Bafana Bafana redeemed themselves with a lukewarm 2-1 win over Madagascar ...
Sport
3 weeks ago

The match produced an opener for Bafana in a fortuitous manner. A Botswana defender tried to clear the ball inside the box, but it hit Van Wyk and ricocheted past the Zebras goalie Goitseone Phoko.

South Africa continued to have the best of chances in the second half, but were only able to score with 10 minutes left after the Zebras were reduced to 10 men, after Odirile Lekoba received a straight red card for a bad tackle on an SA player a minute earlier.

Lekoba had been on the pitch for a short time after being introduced in the 62nd minute.

Rasebotja received a good pass from Jayden Adams inside the box and easily put the ball in the back of the net to guarantee a victory for South Africa.

Kebue beat Mzimela with a powerful shot in referee’s optional time, but it came too late for the Zebras to stage a comeback.