‘That’s what VAR is for’: Banyana coach Ellis on penalty controversy 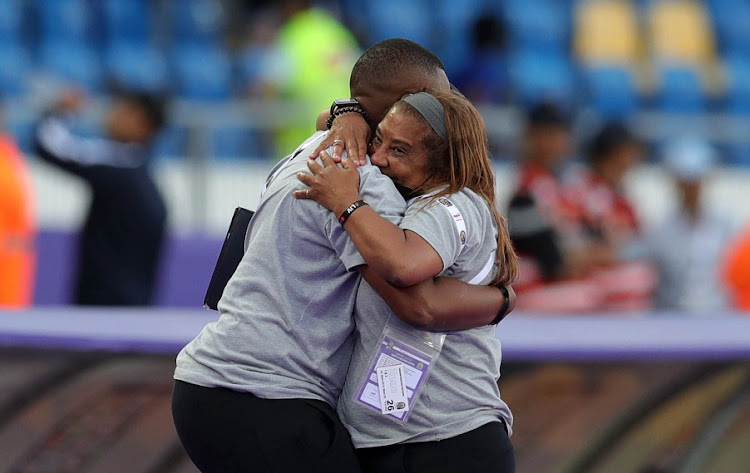 With many dubbing the penalty that propelled Banyana Banyana to the Women’s Africa Cup of Nations (Wafcon) final at the expense of Zambia dubious, coach Desiree Ellis sees no shame that SA were helped by the video assistant referee (VAR).

Ethiopian referee Lidya Tafesse Abebe awarded Banyana the penalty. Jermaine Seoposenwe was the player brought down but Abebe did not award the spot-kick before VAR intervened.

Replays showed defender Martha Tembo appeared to win the ball in a 50-50 challenge, sparking cries that Zambia were robbed. The Football Association of Zambia has written to the Confederation of African Football officially protesting the officiating.

“I didn’t see it [the incident] but I knew there was a tackle,” Ellis said after the game.

The Football Association of Zambia (FAZ) has lodged an official complaint with the Confederation of African Football regarding the officiating in ...
Sport
3 weeks ago

“We’ve had many VAR decisions go against us. I am not going to say we got a favour because we actually created the clear-cut chances and when you get given a penalty you take the opportunity. That’s what VAR is for.”

Zambia coach Bruce Mwape was unsure immediately after the game if the penalty was legitimate, but said his players were adamant there was no contact in the challenge.

“The only thing I saw was the referee pointing at the penalty spot, which means it was decided by the referee and the cameras [VAR]. According to the players who saw the incident, there was no contact,'' Mwape said.

Ellis said it was Banyana’s vast experience in the Wafcon, where they’ve reached six finals, though lost all of them, that set them apart in the semifinal. She heaped praise on Motlhalo for slotting the winner, having missed a crucial penalty in the last edition’s final in 2018 in Ghana, where SA lost to Nigeria.

“We play similar football to Zambia but I think our experience of having been in this position before counted for us — in the critical moments we were better.

“Zambia didn’t create much but we created a few opportunities. We knew if we kept a clean sheet, we were going to get a chance.”

“Linda showed great composure, taking that penalty, having missed a crucial one in the final in 2018. Sometimes these knockout games are like that — we wanted to play the football that we’re known for but we had to grind the victory out because we couldn’t play as we planned.

“We showed that we can play beautiful football and we can also grind out the results.”

* Sihle Ndebele is in Morocco as a guest of Sasol, Banyana's sponsor.