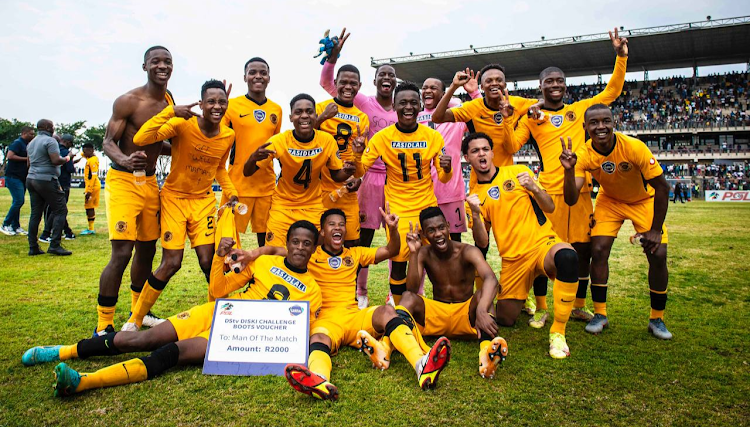 Kaizer Chiefs' reserve team have been crowned DStv Diski Shield champions after their 2-0 victory over Stellenbosch FC at Mpumalanga Stadium in Durban on Saturday.

Dribbling wizard Mfundo Vilakazi and Mduduzi Shabalala, who has signed a senior team contract, scored for the Vela Khumalo-coached side.

Both goals were scored in the second half with Vilakazi scoring on 58 minutes while Shabalala ensured victory for Amakhosi six minutes before full time.

The victory saw Chiefs walk away with the trophy and prize money of R200,000 that they will donate to Naturena Primary School.

Stellenbosch received R150,000 which they will also donate to their chosen charity.

Sundowns finished in the third place after they played to a 2-2 draw with Chippa United at the venue as Masandawana won the penalty shoot-out by 4-2.