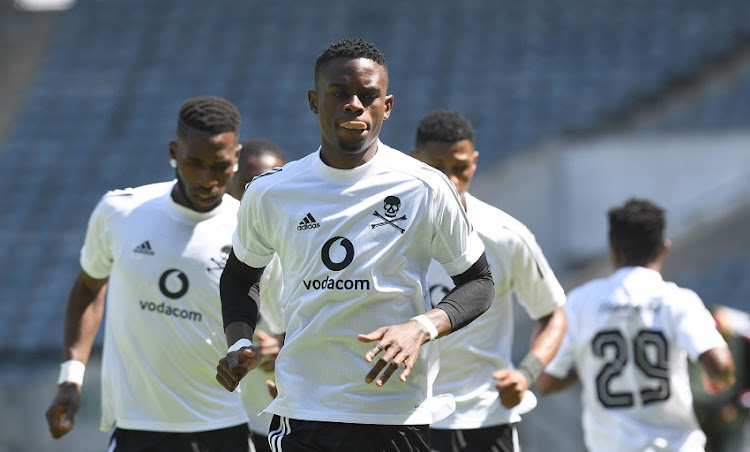 Orlando Pirates left-back Innocent Maela is pleased that some of the club’s supporters see him as the next Bucs skipper after the departures of Happy Jele, Thulani Hlatshwayo and Ntsikelelo Nyauza.

Jele was the longtime club captain, and Nyauza and Hlatshwayo served stints as skipper in the past two years.

Former Bafana Bafana skipper Hlatshwayo has moved to SuperSport United. Jele and Nyauza are yet to announce a new club.

“We’ll hear an announcement from the club, but if the decision has been made I will grab it,” said Maela of the captaincy situation at Pirates. “It’s an honour for people to speak of me that highly.”

Maela revealed Pirates’ players did not have an opportunity to bid farewell to Jele, who spent 16 years at the club. Jele was not part of Pirates’ preseason under new Spanish coach Jose Riveiro.

“Remember when it was announced he was no longer part of the team — Happy was not with us in the preseason,” Maela said. “Whether the club is planning to bid farewell, I don’t know.

“But personally I called him, I spoke to him and we’ll definitely meet after [the preseason] camp. I will sit down with him and I would like to know where he’s at mentally and just thank him for everything he’s done for me.”

Happy Jele close to signing for Royal AM after shock Pirates exit: source

Former Orlando Pirates defender Happy Jele has been linked with a move to big-spenders Royal AM.
Sport
3 weeks ago

“So far so good. It’s been three or four weeks working with the new coach. He’s been amazing and as players we really enjoy it.

“You can see he’s a coach who has a clear game plan, who adapts to every game we play and a coach who gets excited to see his players expressing themselves.

“Obviously the difference between our football and the football of where he comes from is just the tempo, but he’s impressed with our technical ability. He knows SA footballers have so much talent, but he also knows there’s a lot of room for improvement.

“So ja, so far so good, and I can’t tell you what people should expect because we’re still working in preseason and I can’t give much away.”