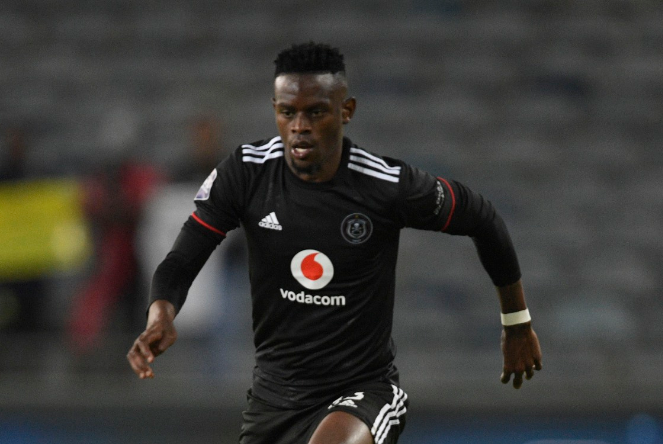 Orlando Pirates have announced Innocent Maela as their captain after the departure of Happy Jele, who spent 16 years at the club.

Maela, a left-back who joined Pirates in 2018, was a fan favourite on social media to take over the armband from Jele in a year the club celebrates its 85th anniversary.

Maela's elevation became obvious after Pirates released defenders Thulani Hlatshwayo and Ntsikelelo Nyauza, both of whom acted as Bucs skipper when Jele was not available.

“Orlando Pirates FC can confirm the appointment of a new captain and vice-captain ahead of the start of the 2022-23 season,” the club tweeted on Wednesday morning.

“A captain is a leader of men, a player who embodies the core values of the club. He inspires those around him and leads in an exemplary manner, on and off the field.

“Maela not only personifies these values, but he lives them. Throughout his football journey, which spans a 10-year period, the 29-year-old has been consistent and never allowing a situation [good or bad] to change his approach.

“Maela has come full circle. Starting as a youngster in the club's academy ranks in 2012, 'Inno', as he is affectionately known, went on a five-year journey away from the club where he went on to cut his teeth, first at Witbank Spurs and then Thanda Royal Zulu.

“In 2017, when he was captain, the left-back led [Thanda] to promotion to the Premiership. The following season, Maela was recalled to the club, where he has since become a regular feature at Pirates.”

Maela is expected to lead the Buccaneers for the first time when they play Swallows FC in their opening 2022-23 DStv Premiership match at Orlando Stadium on August 6. Pirates players have vowed to end the club's league drought, which stretches back to May 2012.

Orlando Pirates left-back Innocent Maela is pleased that some of the club’s supporters see him as the next Bucs skipper after the departures of Happy ...
Sport
3 weeks ago