PODCAST | ‘I knew I had overstayed my welcome at Sundowns’: Hlompho Kekana 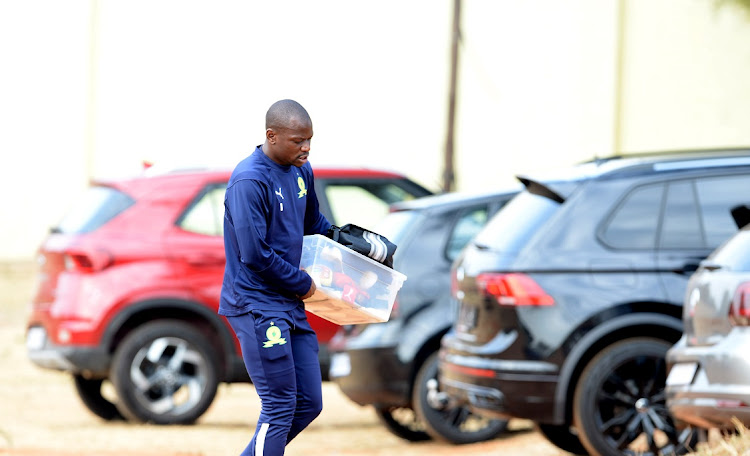 Hlompho Kekana leaves Mamelodi Sundowns' headquarters in Chloorkop on August 26 2021, the day it was announced he would not play for the club again.
Image: Lefty Shivambu/Gallo Images

An emotional Hlompho Kekana says by the end of his glittering decade at Mamelodi Sundowns he knew he had overstayed his welcome.

Kekana, 37, told Marawa Sports Worldwide on Tuesday, after announcing he was retiring from football, that being out of a squad environment after being released from Sundowns in August 2021, made him realise it was time to hang up his boots.

Former Downs’ captain fantastic was one of SA’s best players of the past two decades. The midfielder said the only football he had played since leaving Downs was in an over-35 small-sided match tournament on June 16, with ex-Sundowns teammate Surprise Moriri and ex-SuperSport United teammate Katlego Mashego.

“Since I’ve been running every day the stamina will never be a problem for me. But running on the street is different from being able to have those movements on the field of play,” said Kekana.

“After the small-sided tournament I was down with flu. I tried again three days later to get back on the street running. But still, it didn’t feel like, ‘Put on the boots again and have shooting practice’.

On the day he announced his retirement from the beautiful game after years of loyal service & exceptional individual performances, @Hlompho_Kekana was overcome with emotion when I reminded him of his achievements & trophy accumulation!! #MSW
👇🏾Podcasthttps://t.co/IeIK8b8evK pic.twitter.com/IGwqfWDYZJ

“As a player I don’t believe I've lost the touch or belief in my abilities as a footballer. I just don’t know if the emotions are still there.

“For me to be out of that group training, I think maybe that influenced my decision. My whole life I’ve been in a group of players.

It has been more than just a game.... 8🏆⚽ pic.twitter.com/6JoFqWzkeA

“So to stay out of a group and being isolated like that, I don’t know if I was going to have the same drive and I don’t want to cheat the game.”

Hlompho Kekana only scored STUNNERS. The best goal of his in your opinion?pic.twitter.com/6y7Q8nbOs6

“Are you going to crumble and cry about it? You can’t cry because you had the opportunities before.

“And in my case, the numbers never lied. And I must say, as a player I should be very grateful for the opportunities.

“Getting to miss football in the last season I was at Sundowns [laughs] for me was crazy. But I knew there that I overstayed my welcome. I knew it was time to give the upcoming players a chance.”

Hlompho Kekana confirms retirement: ‘It's been coming since I left Sundowns’

Former Mamelodi Sundowns captain Hlompho Kekana has hung up the boots on his glittering 17-year career.
Sport
1 week ago

In a wide-ranging interview broaching subjects across his glittering career, Kekana at one stage broke down in tears and the show took a break.

Kekana, who began his professional career at Black Leopards in 2004, won the second and third of three titles in succession clinched by coach Gavin Hunt at SuperSport United from 2008 to 2011.

He played some of his best football after joining Sundowns in 2011, winning the 2016 Caf Champions League, 2017 Caf Super Cup, six Premiership titles and five cups.

Kekana was told at the end of the 2020-21 season he would not play for Downs again, though only officially released from the squad in January 2022.