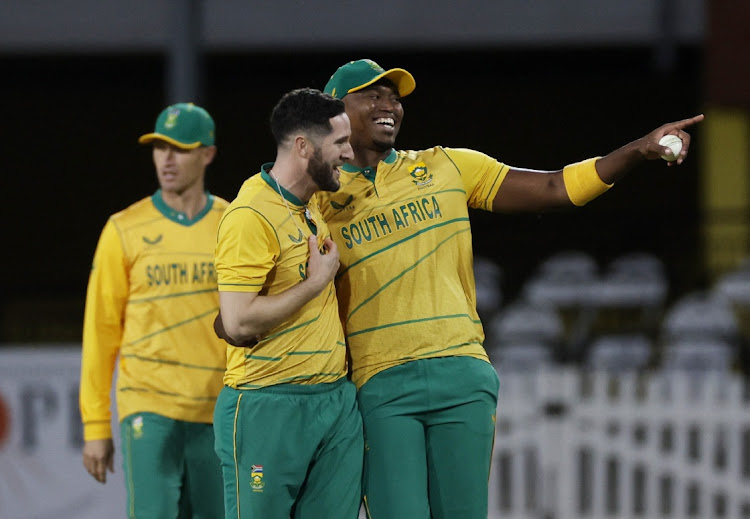 South Africa seamer Wayne Parnell claimed career-best figures of 5-30 as they cruised to a 44-run victory over Ireland and completed a clean sweep of their two-match Twenty20 International series in Bristol on Friday.

South Africa were sent in to bat and recovered from a slow start to post 182 for six in their innings, before restricting Ireland to 138 all out in 18.5 overs.

Left-armer Parnell had Ireland on the back foot in the second over of their chase as he bagged two wickets before returning to remove top scorer Harry Tector (34 from 31 balls), ending any hopes Ireland had of victory.

Proteas’ Markram: ‘Ireland improving with every series they play’

Proteas batsman Aiden Markram says the team will not rest on its laurels as it gears up to take on Ireland in a two-match T20 international series.
Sport
2 weeks ago

South Africa found scoring difficult in the early part of their innings but finished with a flourish to post a challenging total.

They scored 128 runs from their final 10 overs as Heinrich Klaasen plundered 39 from 16 deliveries and David Miller ended with 32 not out from 20 balls.

Those two scores added to a more sedate 42 from 40 balls by innings top-scorer Reeza Hendricks, who was denied a fifth sucessive half-century in 20-over internationals.

South Africa have now won 16 of their last 20 matches in the shortest format - some good form heading into the T20 World Cup in Australia that starts in October.