Mbenge’s all in line to hit pay dirt 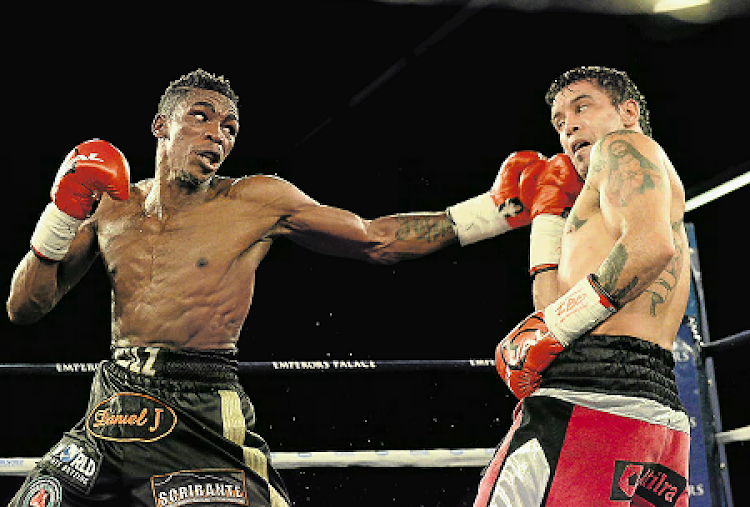 The boxing talent coming through the welterweight division has made promoters jostle for top opponents for their prospects.

This is why Rodney Berman has opted to bring Mexican Miguel Vasquez who has impeccable boxing credentials for Thulani Mbenge when they clash at Emperors Palace on December 8.

“It is really difficult to secure top opponents to build stars these days, especially in the welterweight division,” said Berman. With so much talent coming through, it means old boxers have a luxury of choosing bouts with financial incentives playing a big role in their decisions.

This puts promoters like Berman at a disadvantage due to the weak rand as opponents abroad demand to be paid in US dollars. Securing an opponent like Vasquez is therefore a major feat for Berman to advance Mbenge’s career and try to invade the flooded ratings of major world bodies.

For now the IBO title Mbenge holds is helping him a great deal as it provides a tantalising bait for international opponents with other world titles being held by elite boxers in the division.

The WBC champion is Shawn Porter with Keith Thurman anointed as WBC champion emeritus meaning if he decides to return to the ring he may go straight to a title shot.

The IBF crown is held by Errol Spence while the WBA which has two titles is in the possession of Thurman and Manny Pacquaio. Terence Crawford who is considered the top boxer in the division owns the WBO diadem.

By moving Mbenge along with these kinds of opponents, he is hoping to eventually thrust him into a mandatory spot.

The 26-year-old Mdantsane born is already rated ninth for the WBC and that should be attributed to the astute job Berman is doing to manoeuvre him through the horde of other talented boxers in the division.

Securing Vasquez who will come to the fight with a big reputation of being a former IBF lightweight champion, will do wonders for Mbenge’s surge up the ratings.

“This guy has a difficult style but it is crucial that Mbenge is able to familiarise himself with all different styles so that he is not found wanting when the big opportunity comes,” said Mbenge’s Johannesburg trainer Sean Smith.

Mbenge, a heavy-handed former amateur star, has not stumbled since having won the IBO title with a spectacular seven rounds knockout of Argentinean Diego Chavez in June.

Chavez also came with impressive credentials having fought at the elite level against the likes of Tim Bradley.