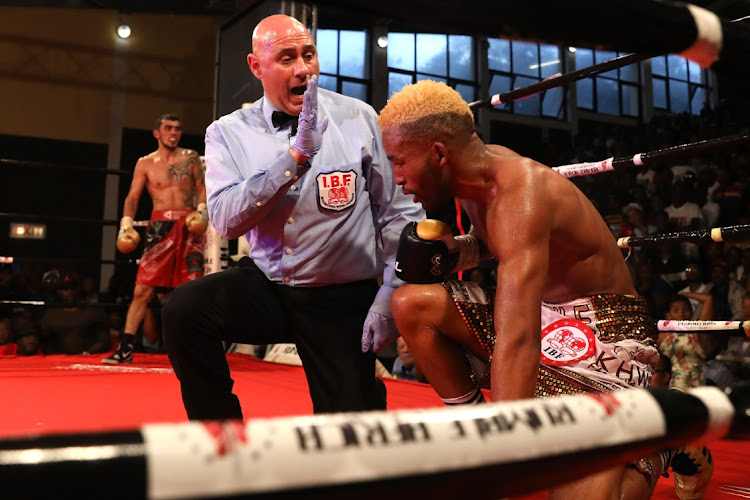 Internationally respected boxing referee Deon Dwarte has once again been recognised by the IBF to handle the junior flyweight elimination fight between Sive “Special One” Notshinga and Christian Araneta which will be staged by Rumble Africa Promotions (RAP) at Boardwalk Casino on April 24.

Dwarte from Cape Town has been around for some time and was recently appointed in December by the British Boxing Board of Control to handle the heavyweight championship when British undisputed heavyweight world champion Anthony “AJ” Joshua defended his WBA Super, IBF, WBO and IBO heavyweight belts against Kubrat “The Cobra” Pulev from Bulgaria by a ninth round knockout.

That appointment, Dwarte said, was by far the biggest fight he had refereed. RAP CEO Nomfesane Nyatela said as the organisers of the fight on April 24, they were impressed by the IBF for empowering locals.

“I mean why have outsiders handling such fights here when we have our own who are equally capable,” she said, adding that Clifford Mbelu from Cape Town, Alexandro Lopez from Mexico and  Jean Pierre Van Imschoot from Belgium will be the judges.

Nyatela said these four officials will also handle the IBF Africa junior featherweight title fight between Ayabonga “Jay Jay” Sonjica and Theophilus Tetteh from Ghana in the same bill. She said Mbelu will be the referee.