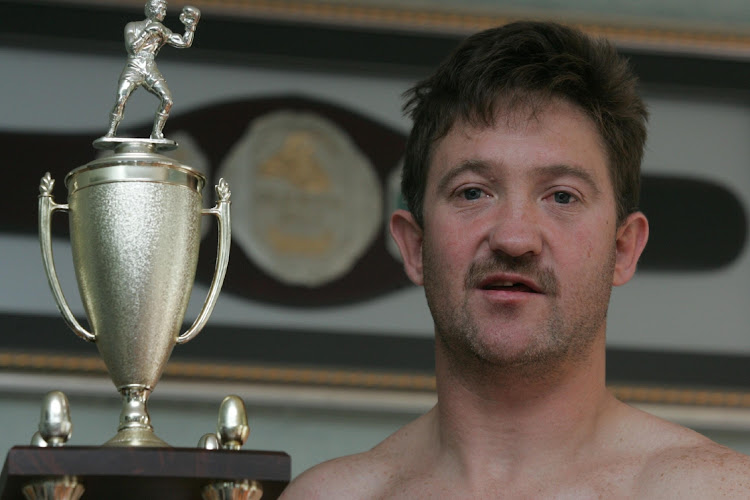 Former SA super-middleweight champion Andre Thysse died at the age of 52 on Thursday morning after a battle with Covid-19.
Image: ANTONIO MUCHAVE

Former South African super-middleweight champion Andre Thysse‚ who was never knocked down in his 10 years as a professional boxer‚ died at the age of 52 on Thursday morning after a battle with Covid-19.

Thysse defended the national belt eight times from 2001 to 2005‚ a record for the division‚ but internationally he was less successful‚ losing all seven of his fights abroad‚ though some of his opponents were among the top fighters of the era.

Thysse notched up 20 wins and eight defeats from 1999 to 2009‚ and was stopped twice‚ by German Mikkel Kessler and Northern Irishman Brian Magee‚ but he always remained on his feet.

In his most famous win he dethroned Englishman David Starie of the Commonwealth title on a unanimous decision at Carnival City.

Mbenge in the frame for future WBC title fight

The WBC has rewarded Mbenge with the No 11 rating in the welterweight division. This comes after Mbenge reclaimed the SA title and added the WBA ...
Sport
10 months ago

The win launched his unsuccessful international campaign‚ losing to Magee‚ then the holder of the marginal IBO title‚ and WBC champion Markus Beyer.

He also lost to Dane Mikkel Kessler and Lucian Bute of Canada‚ both of whom went on to win mainstream world championships‚ as did Magee.

Thysse lost only once in South Africa‚ a six-round points decision to Samson Khoza, which he avenged with a technical knockout victory for the vacant Gauteng belt a year later.

Thysse‚ who ran a toy import business‚ continued in boxing behind the scenes. He operated as a promoter through the company Real Steel‚ and though they won an award as newcomers early on‚ they hit problems.

They staged the fatal 2014 tournament after which female fighter Phindile Mwelase died. A few years later a planned tournament collapsed‚ which Thysse blamed on an overseas con man who had posed as a sponsor.

One of South Africa’s most talented fighters, Lehlohonolo Ledwaba, who won a South African title and world titles in three different weights, died ...
Sport
10 months ago

Thysse was frequently visible at ringside‚ and was particularly audible when his son‚ professional fighter Brandon‚ was in action.

Not shy to speak his mind and sometimes quick to shoot from the hip‚ Thysse had the habit of getting up the noses of some people in boxing‚ but he also enjoyed the support of others in the sport.

He was charged by Boxing SA earlier in the year for contravening the regulator’s Covid-19 regulations‚ which Thysse publicly questioned‚ saying he had only helped a sponsor get access to a tournament.

Thysse is survived by his wife and three children.​