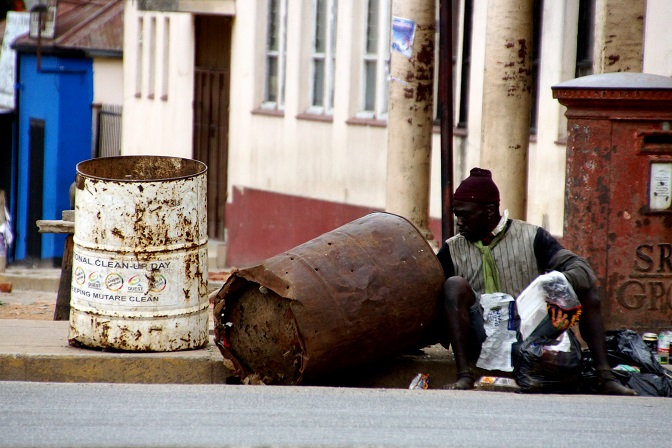 The high court in Zimbabwe has ordered uniformed forces not to beat up people while enforcing the 21-day Covid-19 lockdown — and said officers should go for mandatory testing.

There have been isolated cases of the army and police allegedly beating up civilians found outside lockdown parameters.

Zimbabwe Lawyers for Human Rights (ZLHR) filed a court appeal after the assault of Lucia Masvondo. The 26-year-old woman was allegedly beaten up by both military and police officers while cooking in her house in Karoi, a small farming town in Mashonaland West, the court papers claim.

The group allege that the army invaded Masvondo’s home and set dogs on her before beating her up.

“The high court has just granted an interim order that @PoliceZimbabwe, army and other enforcement officers must respect human rights, dignity and fundamental freedoms,” said ZLHR in a statement.

Zimbabwe's President Emmerson Mnangagwa on Tuesday threatened 20 years in jail to the author of a statement purporting to bear his signature that ...
Africa
2 years ago

In a separate case in Victoria Falls, four drunk police officers allegedly went on an assault spree that resulted in Munyaradzi Sakho, 31, being admitted in hospital. He was allegedly attacked while sitting with his mother outside their house.

Meanwhile, Zimbabwe has missed out on the International Monetary Fund (IMF) Covid-19 grant given to the organisation’s “poorest and most vulnerable” members.

Kristalina Georgieva, MD of the IMF, said in a statement said that the IMF’s revamped Catastrophe Containment and Relief Trust (CCRT) is “to cover their [poor members'] IMF debt obligations for an initial phase over the next six months and will help them channel more of their scarce financial resources towards vital emergency medical and other relief efforts”.

Opposition politician Tendai Biti, the former finance minister in the inclusive government of 2009 to 2013, is of the view that Zimbabwe was left out because of its poor human rights record.