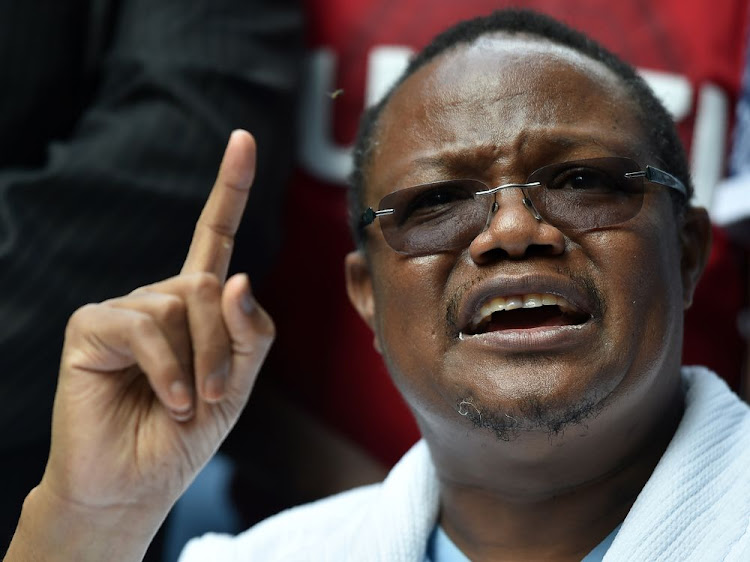 A politician who survived being shot 16 times in an apparent assassination attempt will challenge Tanzania's president in October elections, his party said as rights groups voiced concern about increasing repression ahead of the polls.

Lissu survived the attempt on his life in 2017 and left to seek medical treatment abroad, returning from exile last week. His attackers have never been found. Magufuli condemned the attack.

Lissu’s endorsement by all delegates present after prevailing over two other contenders within his own party on Monday made him the main opposition candidate.

“Due to this landslide victory, I would like to officially announce that ...Lissu is the presidential candidate...,” party chairman Freeman Mbowe said.

Another opposition candidate will be Bernard Membe, a former foreign minister, who was expelled from the ruling Chama cha Mapinduzi party in February. Membe hopes to be nominated by the Alliance for Transparency and Change party.

A third opposition contender, Ibrahim Lipumba of the Civic United Front, is running for the fifth time after his party nominated him last month.

The presidential and parliamentary elections are scheduled for October 28.

Tanzania's main opposition leader Freeman Mbowe was attacked by unidentified people as he entered his home late at night, his party said on Tuesday, ...
Africa
1 year ago

Magufuli's party has ruled Tanzania since independence in 1961. He swept to power in 2015 promising to end corruption and expand infrastructure. But his tough governing style has cemented his nickname - the Bulldozer - originally bestowed on him during his time as public works minister.

Magufuli has claimed credit for strong economic growth though the World Bank and International Monetary Fund have given lower estimates of the government's performance.

Opposition politicians and rights groups have accused his administration of suppressing political rivals and muzzling the media, accusations the government denies. — Reuters