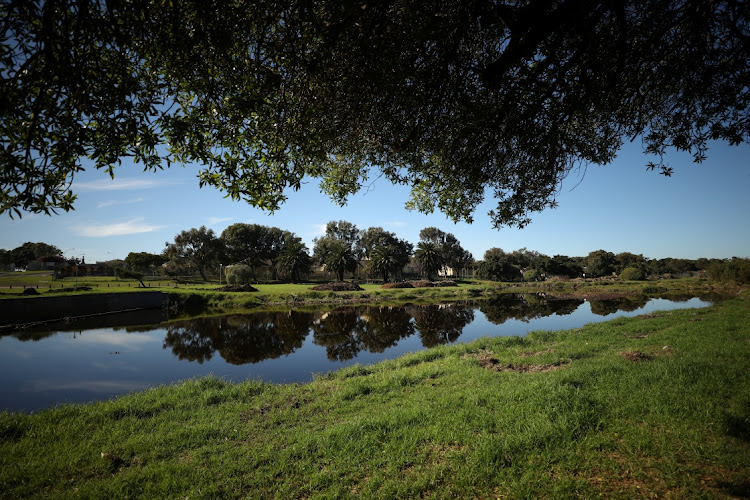 Wearing a crown of cowry shells and traditional regalia, Hillary Mwatsuma intoned a prayer to the ancestors who have been laid to rest in Kaya Kauma, one of 45 sacred forested villages scattered along Kenya's southern coast, since the 16th century.

The thick canopy encircling the ancient kayas, or villages, once shielded the Mijikenda community against attacks from enemy tribes, until the residents moved downhill into nearby villages in the 1940s.

Today, the 200km (124 miles) of kaya forests are protected as the ancestral homes of the Mijikenda, while the trees help the community escape the worst effects of climate change, such as flooding and landslides.

But now the kayas face a new threat - nearby quarrying operations that locals and researchers say are polluting local water sources and could one day force the forest protectors to leave the area.

“They are digging down deep into the mountain,” the 63-year-old spiritual leader told the Thomson Reuters Foundation, referring to several companies extracting murram - a type of gravel - in the neighbouring Jaribuni village.

For decades, farmers hungry for land and families needing firewood whittled away at Uganda's forests, home to endangered gorillas, elephants and ...
Africa
9 months ago

The village slopes down towards the Ndzovuni river, which the Mijikenda rely on for fishing and farming.

“We are very worried that this may affect our kaya,” Mwatsuma said.

Figures from Kenya's National Bureau of Statistics show the mining and quarrying sector was worth more than 67 billion shillings ($620 million) in 2019, or 0.7% of the country's gross domestic product.

Scientists and environmentalists say indigenous communities play a vital role in acting as guardians of forests, which store planet-warming carbon and contribute to food security.

According to a March report by the U.N.'s Food and Agriculture Organization (FAO), in Latin America's indigenous regions deforestation rates between 2000 and 2016 were less than half those in non-indigenous areas.

Kenya's National Environmental Complaints Committee (NECC), which is mandated to investigate environmental degradation, issued an internal report in 2020, seen by the Thomson Reuters Foundation, that stated Kaya Kauma is currently “facing extinction due to quarrying activities in the area.”

Falling rocks and dust from mining activities have entered the water sources that feed into the Ndzovuni river, the report said.

It went on to allege that a number of companies have used polluting chemicals in the extraction process, which “poses health risks to water users downstream,” it said.

The NECC report said more than 16 companies were operating in a quarry site near Kaya Kauma and singled out the China Civil Engineering Construction Corporation (CCECC) for dumping waste from limestone rock materials into the river.

The state-owned CCECC did not respond to requests for comment.

George Oyoo, the National Environment Management Authority's director for Kilifi county, which includes Jaribuni, said it had not been possible to verify the claims in the report due to the COVID-19 pandemic and the dry season.

Oyoo said his agency had told the companies they needed to minimise the falling rocks and dust generated in the extraction process.

“It was agreed that the quarry operators should be watering the path used by the trucks,” he said. “Unfortunately, they were not able to do that because of the drought in the area.”

Kenyan police have arrested a 25-year-old man after he allegedly killed his daughter and severely injured his wife in Nkubu.
Africa
2 months ago

CHANGES IN THE WATER

Fishermen say they have noticed changes in the water since the mining operations began three years ago.

“Prawns used to breed upstream, but now the water is milky (from the quarry waste) so they breed further down,” said Christoph Musuko, a 41-year-old fisherman living in the nearby village of Muhoni.

As a result, younger prawns are being caught in the nets, yielding a smaller catch and making the practice less sustainable, he said.

Some of the murram and ballast extracted from Jaribuni is shipped to Lamu, an island on Kenya's northern coast, to feed the state-sponsored $25 billion Lamu Port-South Sudan-Ethiopia Transport Corridor (LAPSSET).

The project promises to connect Kenya, Ethiopia, Uganda and South Sudan through a railway, several airports and a crude oil pipeline, transforming Kenya into a middle-income country by 2030.

LAPSSET could result in “long-term damages and negative impacts on host communities,” Farah said in a phone interview.

The LAPSSET authority did not respond to requests for comment.

Members of the Kenya Catholic Doctors Association have voiced their scepticism about the rollout of Covid-19 vaccines in the country, saying they ...
Africa
3 months ago

LIFE WITHOUT THE FOREST

Along with big infrastructure projects, growing demand for agricultural land and wood products for fuel and a population that has doubled since 1992, according to World Bank figures, are all putting pressure on Kenya's forests.

The country has lost 11% of its tree cover over the past 20 years, according to estimates by satellite monitoring service Global Forest Watch.

“In some places the kayas are the only existing forested areas,” said Lawrence Chiro, a conservation officer with the National Museums of Kenya (NMK).

“Sometimes we have heavy rain, flash floods. Without the kayas, the soil would flow down and the people would have to be relocated.”

Kaya Kauma is among nine Mijikenda villages to have obtained UNESCO World Heritage Site status, and, according to Chiro, 37 of the villages have been gazetted as national monuments and eight as forest reserves.

Yet, these safeguards may prove insufficient, warned Chiro, who works in the Coastal Forests Conservation Unit, a branch of the NMK set up three decades ago to protect the kayas.

If the water quality gets bad enough, he said, the Mijikenda could be forced to abandon the area, bringing centuries of care for the kayas to an end.

For his part, Mwatsuma, the spiritual leader, cannot fathom a life without the forest.