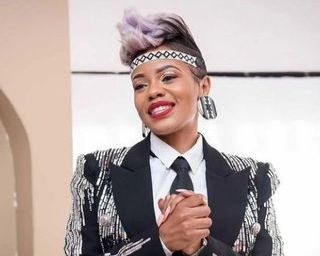 Zandi Gumede called the lawyer an 'opportunist and a populist' after he withdrew from the Senzo Meyiwa trial.
Image: Instagram/Zandi Gumede

Kelly Khumalo’s sister, singer Zandi Gumede, has expressed her disappointment and disgust after adv Malesela Teffo announced on Tuesday he was withdrawing from the Senzo Meyiwa murder trial. She labelled the advocate an “opportunist”.

Kelly was among five people in a Vosloorus home during an alleged house robbery when the soccer star was gunned down in 2014.

Responding to the news of Teffo stepping down as four of the accused’s counsel, Zandi took to her Instagram timeline and lashed out at the lawyer.

“It looks like one is never gonna get their day in court la coz people entrusted with this case have turned into a circus so I might as well say this here and now.”

The advocate representing four of the five accused in the Senzo Meyiwa murder trial on Tuesday announced that he was withdrawing from the case.
News
1 month ago

The singer said she was “pained” by the Meyiwa family not getting answers about their son.

“This one claimed he had an eyewitness uphi? He claimed he had proof that Kelly pulled the trigger and now he withdraws, he has had his two minutes of fame ... This desperate desire to find the Khumalos guilty so ‘we will believe and back anyone who says what we want to hear’ will stand in the way of justice, this tunnel view approach that the society is applying to this case is what’s obstructing justice from being served.”

The trial took a dramatic turn on Tuesday when Teffo withdrew and walked out of court.

He said he was quitting because of alleged harassment he claimed to have been subjected to by the judge, the police and the National Prosecuting Authority.

“Before I can even accept the case to represent accused one to four, there has been harassment that I should not be part of this case from the police and National Prosecuting Authority. I came to this case knowing the consequences,” Teffo told the high court in Pretoria.