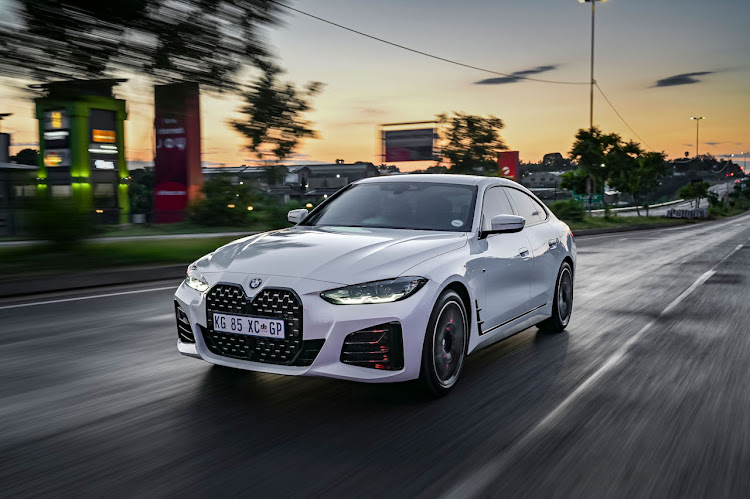 Those of you yearning for a more practical alternative to the 4 series coupé will be glad to know that the new 2021 4 Series Gran Coupé has officially gone on sale in SA.

Unveiled earlier this year, the four-door sport sedan promises improved interior comfort and stowage space over its predecessor thanks to its increased dimensions. Indeed, compared to the model it replaces, the car is 27mm wider, 53mm taller and 143mm longer.

At 2,856mm, its wheelbase has not only grown by 46mm but is also exactly 5mm longer than that of the current 3 series sedan. Finally, and to improve handling, the car's track has been increased by 50mm at the front and 29mm at the rear.

Pop the boot and you'll discover that space has expanded to 470 litres – an increase of 39 litres over the old model. In addition to this, overall load capacity can be expanded to 1,290 litres by folding down the rear backrest, with its standard 40:20:40 split.

Styling-wise, the new 4 Series Gran Coupé is practically identical to the all-electric i4 also launched earlier this year. This means you get those two massive vertical kidney grilles, a pair of slim full-LED headlamps, frameless windows and flush-fitting door handles. The aggressive roofline culminates in a pronounced spoiler lip on the tailgate, beneath which you'll find a set of horizontal taillights also sporting full LED technology. 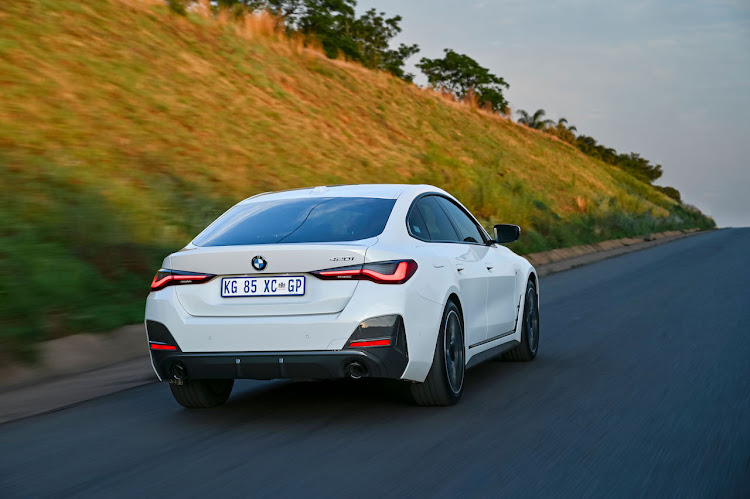 420i and 420d models come as standard with the M Sport Package.
Image: Supplied

Move on to the cabin and you'll find that BMW's live cockpit professional infotainment system is standard across the range. It comprises of a 12.3-inch digital instrument cluster and a 10.25-inch touchscreen infotainment suite running BMW Operating System 7 Apple CarPlay and Android Auto is also included as standard, as is remote software upgrades functionality that allows additional digital services and Apps to be imported over the air.

For the SA market the new 4 Series Gran Coupé will available with a choice of three engines.

Next up is the 420d that comes bolted to a 2.0-litre four-cylinder turbodiesel churning out 140kW and 400Nm. 100km/h comes up in a slightly more brisk 7.3 seconds while top speed remains the same as the 420i.

Those seeking an extra wodge of straight-line performance can opt for the flagship M440i xDrive that benefits from a 3.0-litre turbocharged in-line six-cylinder tuned to develop 275kW and a whopping 500Nm. BMW claims this range-topper will hit 100km/h in 4.7 seconds, while top speed has been governed to 250km/h, which should be fast enough for most.

An eight-speed Steptronic automatic transmission is standard on both the 420i and 420d model derivatives while the M440i xDrive gets a slightly snappier Steptronic Sport. 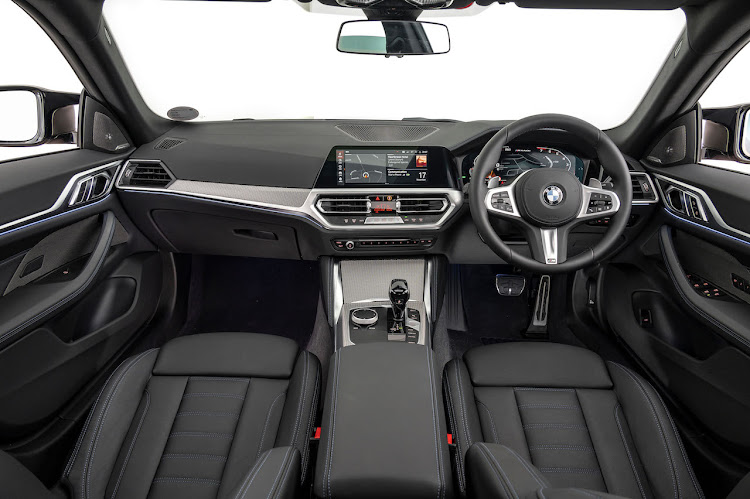 In terms of the chassis, BMW has given the new 4 Series Gran Coupé its own model-specific tuning and suspension geometry for increased handling prowess. The two-joint spring strut front axle and five-link rear axle have likewise been engineered to reduce weight while increasing rigidity.

Standard-fitted lift-related dampers enhance both sport performance and ride comfort. Depending on the spring travel, these units provide extra damping to control body movement when driving over large bumps, as well as preventing excessive dive. These dampers are particularly firm on the M440i xDrive derivative and on cars where the box for the optional M sport suspension system has been ticked.

Unlike its two-door sibling, the new 4 Series Gran Coupé is not offered in "standard" specification – the 420i and 420d being available exclusively with the racy M sport package. Although this drives up the starting price, it does see the inclusion of 19-inch M aerodynamic wheels, an M aerodynamics package with front apron, side skirts and wheel arch trims in body colour, plus a rear apron with a diffuser insert in dark shadow metallic.

BMW M division turns 50 and gets a special badge

To commemorate the 50th anniversary of BMW’s high-performance M division next year, customers will be able to order their BMW M or M Performance car ...
Lifestyle
1 month ago

Inside, you'll find touches such as front sport seats wrapped in Alcantara and Sensatec upholstery, an anthracite roof lining and an M leather multifunction steering wheel.

Pricing for the new 2021 BMW 4 Series Gran Coupé range is as follows: