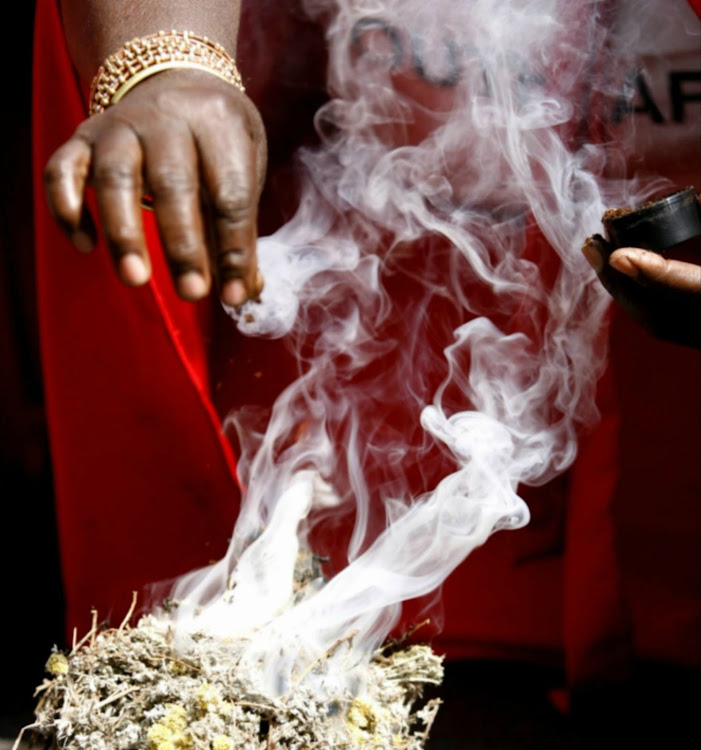 Change in culture Traditional healers say they have had to do away with certain practices in light of Covid-19
Image: Gallo Images

Traditional healers have bemoaned their exclusion from helping the government deal with the Covid-19 pandemic, saying they have a lot to offer.

Gog'Phephisile Maseko, a traditional healer and national co-ordinator of the Traditional Healers Organisation, said many healers had given up practising under lockdown because “they are not happy with the government, they are confused and patients that come from different provinces are not allowed to see their healers”.

Maseko was recently part of a webinar hosted by the University of KwaZulu-Natal which looked at the role of indigenous healers during Covid-19.

She said she had encountered some patients who were worried about having contracted the virus.

“A lot of them are coming to us, saying we have pains here and there and then we asked them the normal questions of whether they have travelled recently or if they've been in contact with anyone who might be positive (for the virus).

“In most cases we realised that it's just panic and anxiety it is also just mild coughs and fevers and you must remember that this is the winter season so everyone has this,” she said. 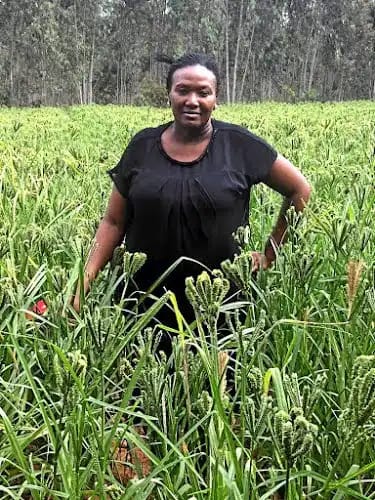 Ready to fight Gog'Phephisile Maseko says that traditional healers are to help fight the Covid-19 outbreak in the country
Image: Supplied

Gog'Nqobizizwe Hlongwa said she was practising exclusively telephonically out of fear of contracting the virus and spreading it to her family.

“It has affected me to a certain degree because obviously some people prefer that one-on-one time. I haven't been able to make provision for that because obviously they travel and I don't know where they've been before they get here. Living with people who are already immuno compromised, I made the decision that it was not the best idea to have physical consultations,” she said.

Maseko said she has had to put on hold many practices that help her connect her clients to the spirit world in light of the Covid-19 pandemic.

“When you diagnose a patient, you tell them to inhale into the bones so that there is connectivity between them and the spirit of the Gobela (the person who is diagnosing). We have said that we should stop that practice because it will make them susceptible to the virus.

“There are quite a number of cultural and indigenous rituals that we have put on the side. We've also put on hold the graduation of amathwasa because it involves a lot of human capital,” she said.

She said that traditional healers  had felt left out by the government who only looked to Western medicine for solutions to fight the pandemic.

“We have been making a lot of noise to the president for having isolated us or for having looked down upon traditional healing and only mentioned Western medicine to be the only one to do it (help fight Covid-19).

“We forcefully told them that we are not going to back down because the national health act and the national traditional practitioners act gives us the power to work even in times of lockdown,” said Maseko.

We have been making a lot of noise to the president for having isolated us.

She said that they had been working closely with the department of science and innovation to research plants that can help treat respiratory issues.

Maseko said the pandemic had also opened her eyes to the need for an African organisation to help promote and validate African medicine.

“Let's have our own African health care organisation, let's stop relying on the West and pharmaceutical-developed systems to promote our traditional medicine.

“They are not architects or specialists of traditional medicine. Just give it back to Africa and let Africa lead. Let an instrument that is designed by Africans for the health of Africans be championed by Africans,” said Maseko.