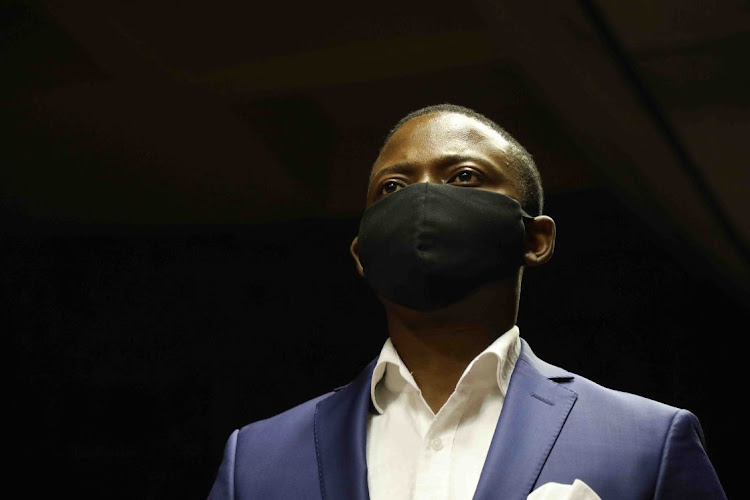 Fugitive and self-proclaimed prophet Shepherd Bushiri hamstrung investigations into his claims of alleged extortion by police officers by failing to co-operate with authorities.

The Independent Police Investigative Directorate (Ipid) confirmed on Monday that Bushiri had laid charges of extortion against officers who were probing rape allegations against him.

But, IPID claims that Bushiri failed to provide crucial information and that he was unavailable to assist investigators with his matter.

The fugitive, who fled South Africa for Malawi just days after being granted bail, told his followers on Saturday night that a number of police officers tried to extort money from him between 2017 and 2018.

IPID confirmed that the fugitive had laid charges of extortion against several officers.

Embattled self-proclaimed prophet Shepherd Bushiri and his wife have allegedly fled to Malawi for their safety, a week after being granted R200,000 ...
News
7 months ago

“In 2018, a case of alleged police corruption/cash extortion was opened by Bushiri’s lawyer on his behalf in Sunnyside, Pretoria. It is alleged that the police officers investigating several allegations of rape against  Mr Bushiri were trying to extort money from Bushiri so that they make his rape charges disappear,” Cola said.

She said these charges were reported through his lawyer.

“As part of the investigation process, IPID required Bushiri to provide crucial information about the allegations and to acquire witness statements but Mr Bushiri’s non availability due to his busy schedule has been giving IPID investigators a challenge to proceed with this case,” she said.

‘He would’ve went after him quicker if he had alcohol’: Bheki Cele roasted for Bushiri escape

Police minister Bheki Cele is at the receiving end of criticism on social media as users blame him in part for the escape of controversial prophet ...
News
7 months ago

“Mr Bushiri has been provided with feedback on the matter, he is well aware that the Investigator will proceed with his case as soon as he co-operates fully with investigation process,” Cola said.

In a Facebook live broadcast, the wanted suspect claimed that the officers threatened to arrest him on what he claims was trumped up money laundering charges. Bushiri also claimed that he was forced to send his children to Malawi for their safety.

Bushiri claimed that he reported the threats to various ministers and high-ranking law enforcement officials, including former state security minister Bongani Bongo and former intelligence boss Arthur Fraser, and even took the matter to Ipid where cases were opened against the five police officers.

Hawks investigate Bushiri's Facebook posts of his escape to Malawi

The Hawks have confirmed that self-proclaimed pastor Shepherd Bushiri failed to appear as required at a police station on Friday.
News
7 months ago

He further claimed that the same police officers whom he had laid complaints against subsequently arrested him for fraud committed by individuals connected to his Enlightened Christian Gathering (ECG) church.

He says that he, along with his partners, raised over R50 million to help people swindled by the unnamed individuals.

Bushiri, and his wife Mary Bushiri were arrested in October on charges of fraud, money laundering and theft worth R102 million.

The couple made headlines this weekend following his statement that he and his wife Mary had fled to Malawi, contravening their bail conditions.

He further said they will only return to South Africa if government ensures their safety and the investigating officers in their case recuse themselves.