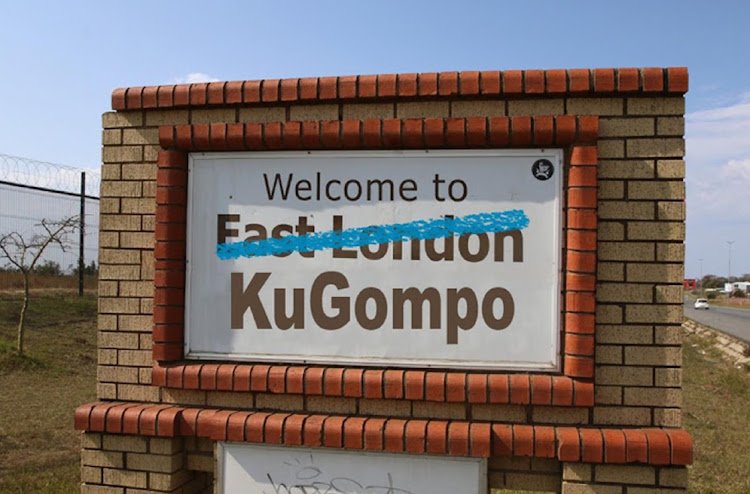 I am a young black woman born and raised in a township, where people rarely dream. It is not because they have no dreams, but rather that they are raised by men and women who grew up in a time when the dreams of black people were rendered invalid by a system that did not regard them worthy.

So, in 2012, when I received an acceptance letter from Rhodes University, I was ecstatic.

In February 2012, I took a bus to Makhanda, formerly Grahamstown, and began my journey as a student at a university named after a brutal British colonialist.

At the time, I was just grateful to be in university, but as time went by, I realised that my being in university was neither an accident of history nor a favour bestowed upon me by the institution.

Many Walmer township residents either don’t care or don’t know that Gqeberha — derived from their township’s Xhosa name — is Port Elizabeth’s new ...
News
1 month ago

I was a worthy citizen of this country, a young woman with a brilliant mind — even if I must say so myself, and I belonged at that institution.

My being a student at Rhodes University was not a privilege — I had earned the right to be there.

As the years went by and I got involved in student politics, I realised that there were a lot of black students like me who felt that we were being done a favour studying at Rhodes University.

There was always a sense that we were being accommodated in a space that was otherwise inaccessible to people like us.

It not only had to do with the communities where we came from and the people who raised us, it also had to do with Rhodes University as an institution. Its design, spatially and otherwise, was a constant reminder that black people were mere guests.

Black students at Rhodes University were guests who had to stomach the racism and structural violence that defines the institution, and that boldly stared at us in the face every time we walked into residences, streets and monuments named after racists, and the very violent name of the institution and the town it was in, which were practically paying ode to men who helped architect our dehumanisation.

White students never understood why we fought so hard for the name of the institution to change. They argued that Rhodes University was a brand and that its renaming would compromise the brand.

We argued that the quality of the university’s education would not cease based on a name change. They then argued that it would be an expensive exercise, but we asked them whether there needed to be a price to the healing of a trauma that much of this country’s population had been subjected to over centuries. They said the money should be used to develop infrastructure and we said our heritage is also infrastructure.

Lessons to be learnt as Port Elizabeth becomes Gqe-be-rha, not Gebeka

People who argue finances when we speak of name changes are arguing more than money. They are arguing that monuments that bring black people unimaginable trauma are OK.

They are arguing that colonialism and apartheid which erased black people from history are OK, and therefore that my children must grow up in a country adorned with monuments that celebrate those who dehumanised and de-civilised their race.

And they are arguing that black people have no right to demand representation in their own country — a country whose history is written in the blood of those same black people. The debate is not about the invalidity of name changes, it is about maintaining a status quo of white normativity and privilege at the expense of black history and memory.

It is about saying black people are psychologically tortured by monuments of colonialism and apartheid, but the price is too costly to be paid by those who benefited from that torture.