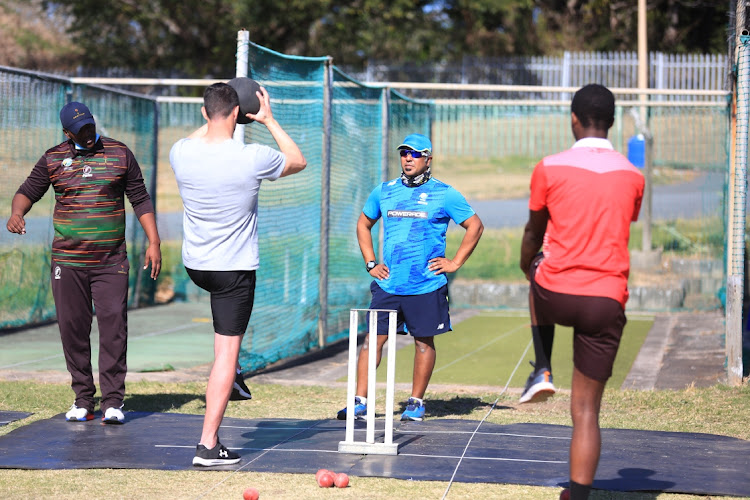 Border Cricket’s head of development Mfuneko Ngam is making it his mission to keep Border’s young talent in the system and implement structures that will help fast track the growth of the pipeline.

Former Proteas fast bowler Ngam was the head coach of the first team last season before Border Cricket appointed Paul Adams to steer the union into its new era.

As a result, the former Warriors seamer’s future in the province was in doubt.

Fortunately, it was later secured when the union announced its additional coaching staff for the season, roping in Ngam as the academy and colts mentor, thereby retaining him in the system.

Ngam has had a good track record cooking talent through his own junior stable in Motherwell and the University of Fort Hare Cricket Academy.

The provincial union is revamping its structures in the new chapter of South African cricket, from getting a new CEO in Andile Mxenge to hiring Paul ...
Sport
3 months ago

Ngam has now provided clarity on his role in the Border system and working relationship with Adams and his assistant Tumelo Bodibe.

“My role now is to look after the pipeline, especially the development side of things,” Ngam said.

“I’m the academy and colts coach, which is the B Team. We have only 11 contracted players for the senior team.

“Most of the players who will be added to that squad are high-performance players; they fall under the colts team, which is my team.

“I will be working closely with Paul and Tumelo as the bowling lead, in terms of looking after the bowling side of things in the main team.

“Our plan is to work together; they are also going to assist in the academy side and through the pipeline — the U19s and U16s — we want to assist the coaches at that level as well. That’s how we want to work as a unit.

“We don’t want the coach to sit in his corner; it’s not a competition, it’s more about getting Border in Division one in two years’ time.

“We are trying to partner in making sure we succeed through the pipeline,” Ngam said.

Ngam to stay on as Border Academy coach

Border Cricket has confirmed that former head coach Mfuneko Ngam is to remain in their system after he was named Academy & Colts coach when the ...
Sport
4 months ago

The former Dolphins quick has already put ideas in place to get his development project going.

One of his crucial dealings is monitoring young players in the region, ensuring they don’t get lost in the system.

The system will look at the players from the colts to the age groups, giving them support to allow them to perform and develop.

The programme will place more attention on those who finish matric and are then lost to cricket.

The CSA University of Fort Hare and Border Academy will be used as tools to allow them to continue playing cricket while still focusing on their studies, instead of having them being forced to stop playing due to socio-economic statuses.

A new dawn at Border Cricket has begun with the team returning to the nets this week for the preseason under the tutelage of Paul Adams.  There ...
Sport
4 months ago

“If the kid is in the pipeline it’s my responsibility to ask questions. If a kid was picked in U10 because he was good, if I don’t see him in U15, that’s when I ask what happened, same with U16 to U19.

“So we don’t want players to get lost in the system; that’s how we want to work and make sure we monitor our players and give programmes where we can assist them.

“There are programmes where you need to assist players to make sure they perform without having to worry about boots, bats and things like that. We will assess what the players need,” Ngam said.