Some players influenced by conspiracy theories on vaccines, says Southgate 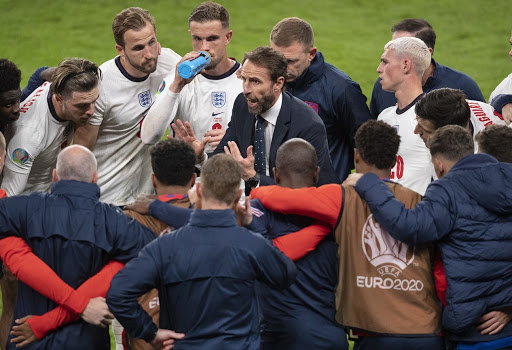 England manager Gareth Southgate talks to his players during the half-time break of extra time in the Uefa Euro 2020 Championship semi-final against Denmark at Wembley Stadium on July 07, 2021.
Image: Visionhaus/Getty Images

Some soccer players are not vaccinated against Covid-19 because their opinions could be swayed by conspiracy theories on social media, England coach Gareth Southgate said.

British media reported last month only seven of England's 20 Premier League clubs have squads where more than 50% of players are vaccinated.

Southgate said he is unsure of how many of his current England squad are fully vaccinated against the virus, which has caused more than 5 million deaths globally according to a Reuters tally.

“Most of the players had to wait longer, a lot of them already caught the virus — and this is me theorising — maybe they feel they already have antibodies from that,” Southgate told British media on Friday.

“At their age, they are more open to some of these conspiracy theories because they are reading social media more, they are perhaps more vulnerable to those sort of views. From what I can see there is a bit of confusion around.

“And there are several different threads there to why they are choosing to be jabbed or not to speak publicly about it.”

From captain Harry Kane to Jordan Henderson and Raheem Sterling, players have taken a stand against prejudice
News
3 months ago

Southgate said he understands why players may not want to speak about having the vaccine.

“As I've said all along, I don't see a better way of getting through the pandemic than a vaccination programme,” he added. “Nobody has come up with anything.

“They have come up with reasons not to be jabbed but I've not heard them coming up with a better solution... It's a very complex subject. A very toxic subject and maybe that is why people are a little bit more reluctant to speak up.”

England are top of their World Cup qualifying group with 16 points from six games. They play away to Andorra on Saturday before facing Hungary at Wembley Stadium three days later.