Uhuru Kenyatta gets military man to beat crime in Nairobi 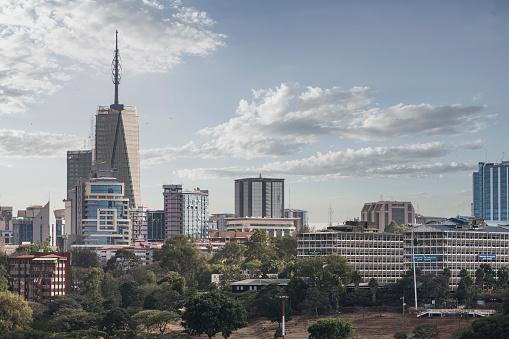 Kenyan President Uhuru Kenyatta has appointed a military officer to run the nation’s capital, Nairobi, and rid the city of widespread corruption.

Air Force Maj-Gen Mohamed Abdala Badi becomes director-general of the Nairobi Metropolitan Services, Kenyatta said in a televised briefing on Wednesday. The move comes after county governor Mike Sonko — who is facing graft charges, which he denies — agreed to hand over management of several functions to the central government.

“The biggest problem that the city faces is corruption and the cartels that have a vice-like grip on city hall,” Kenyatta said. From the collection of garbage, to parking in the city, water supply and issuance of permits, “corrupt practices have made service delivery impossible”, he said.

Nairobi, home to more than four-million people, is a hub for diplomatic missions and the regional operations of companies including Coca-Cola, Alphabet and Toyota. Residents of the county have to contend daily with heaps of uncollected garbage, insufficient water supply, perennial traffic congestion and potholed roads.

Badi was previously the directing officer in charge of Kenya Air Force staff training at the National Defence College, and has served as the base commander in charge of Moi Air Base in Nairobi, the Daily Nation newspaper reported.

A 23-year-old Kenyan man has been arrested and charged with publishing false information with the intent to cause panic, after allegedly spreading ...
Africa
1 year ago

The construction industry in Nairobi is among the worst affected by corruption, with some officials insisting on bribes before approving projects, Kenyatta said. “It is critical that we take practical steps to rid this sector of corruption, ease pressure on construction and reduce the costs of doing business,” he said.

The NMS has been tasked with clearing a backlog of approval for projects including plans to decongest Nairobi, with measures including developing a commuter-rail network, and building more houses.