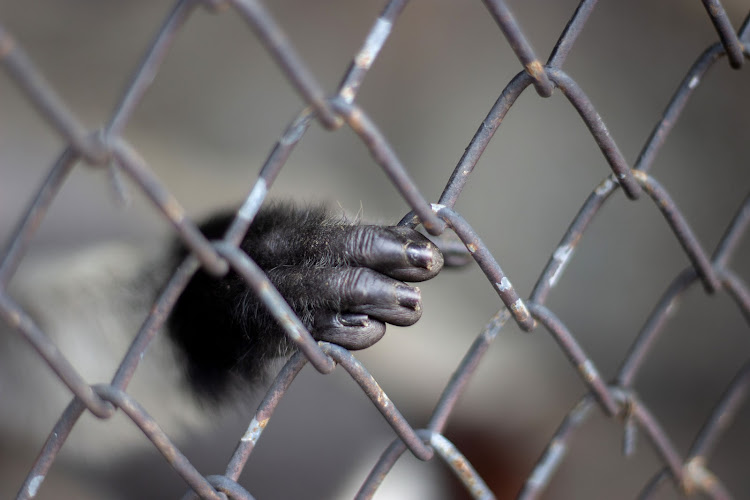 Zimbabwe's parks and wildlife management intercepted a truck carrying monkeys from the Democratic Republic of the Congo to South Africa on Wednesday.
Image: 123RF/ yanukit

A shipment of 29 primates from the Democratic Republic of the Congo (DRC) was intercepted in Zimbabwe on Wednesday. The illegal shipment was headed to SA.

According to a press release from the DRC's minister of environment and sustainable development, Claude Nyamugabo Bazibuhe, three Congolese and a Zimbabwean national have been arrested and are expected to appear in court soon.

Bazibuhe said border authorities in Mokambo on the DRC border said the truck had documents for the exportation for 32 chimpanzees. However, when the truck entered custom services in Chirundu, on the Zimbabwe border, it was found the consignment was not chimpanzees but 29 different species of monkeys.

Bazibuhe said he regretted the incident.

Zimbabwe's parks and wildlife management spokesperson Tinashe Farawo, speaking on the country's 263Chat radio station, said the organisation was working with the Convention on International Trade in Endangered Species (CITES) to repatriate the monkeys, but would continue to investigate the circumstances.

Smaragda Louw from South Africa's Ban Animal Trading said authorities in SA were investigating where the animals were destined to be delivered, and if they were meant for a private individual.