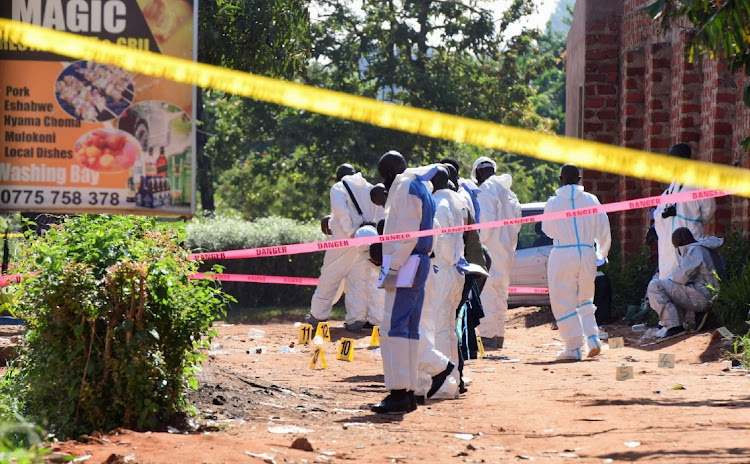 Ugandan explosives experts secure the scene of an explosion in Komamboga, a suburb on the northern outskirts of Kampala, Uganda on October 24, 2021.
Image: REUTERS/ ABUBAKER LUBOWA

An explosion on a bus on Monday killed at least two people in the Ugandan town of Lungala, two days after a bombing in the capital Kampala, police said.

The cause of the bus explosion on the main road between Kampala and Masaka was not immediately known, a military spokesperson said.

Earlier in the day, Ugandan police said they were investigating whether fighters allied with Islamic State had carried out the bombing in Kampala on Saturday night that killed one person and injured three others.