Journalists feel the heat as divisions on role widen 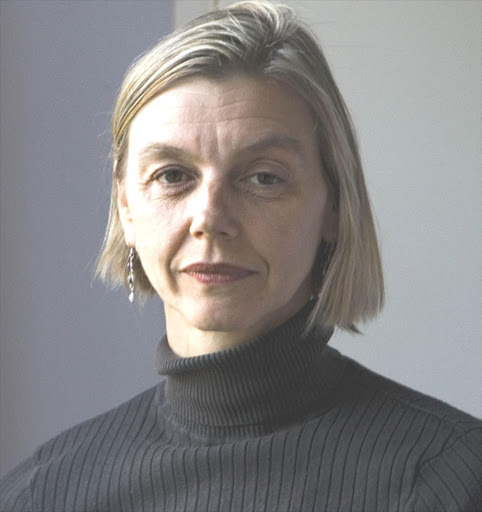 LESLEY COWLING
Yesterday marked the 38th anniversary of Black Wednesday – the clampdown on the press, which is now also commemorated as national Press Freedom Day.

It was on this day in 1977 that the World and the Weekend World were banned and their journalists detained. This was a time when the apartheid state restricted the media and controlled what could be reported.

Also banned was Pro Veritate, an ecumenical publication. In a democratic South Africa the constitution guarantees unprecedented freedom of the media. But South Africans can’t agree on what journalism should be.

Recently, the editor of The New Age, veteran journalist Moegsien Williams, argued that the commercial press acts like a political opposition because of the dominance of the ANC in political life. According to Williams, many journalists are closely identified with opposition parties. Another editor, Steven Motale, of The Citizen, publicly apologised to President Jacob Zuma for negative reporting about him.

On the other hand, certain journalist and union groupings have combined under the Right2Know campaign to protest proposals to regulate the media. In particular, they oppose suggestions of a media tribunal.

The media tribunal proposed by the ANC is designed as a “system of accountability” to “ensure redress whenever the media infringes on the rights of others”. The ANC wants to revisit defamation law, and consider legislating the right of reply.

The move is vehemently opposed by the South African National Editors’ Forum. Pressures on journalists can be insidious. One study showed that reporters receive calls and text messages from government functionaries to pressure them.

It seems the country is more divided than ever on the media. However, this is yet another phase in a history of journalism that has always been conflicted and where many journalists have passionately taken up their role. Consider, for example, Henry Nxumalo, one of the greatest investigative journalists in South Africa. Nxumalo became famous as “Mr Drum” in the 1950s, when he worked for the iconic Drum magazine.

Drum’s mix of celebrity, sport, jazz and township features made it popular. But it was also criticised for a lack of engagement in the politics of the early apartheid era. Nxumalo, according to Drum editor (and much later Nelson Mandela’s official biographer) Anthony Sampson, was the only reporter at the magazine with journalism experience.

Nxumalo suggested Drum’s first big investigation: the abuse of contract workers at the Bethal farms. The story was a sensation, hurtling Drum into the spotlight. The magazine continued with investigations, adding substance to its generally light mix. The Drum writers of the 1950s became well-known personalities in the townships for vividly portraying life under apartheid.

The magazine grew to be the largest circulation publication for black readers in South Africa. It is not possible to say how Nxumalo would have described his role as a journalist. He was murdered while investigating a story. But he put himself into extremely dangerous situations.

In one case, he went to jail to write about prison conditions. He also got a job at a farm where a worker had been killed. This type of journalism – immersion into the lives of the most exploited people of society – is rarely done today. Drum, despite the perception that it was politically lightweight, was banned in the 1960s.

The emphasis on social context in the writing was seen as dangerous by the apartheid state, even though the magazine did not particularly position itself as a “fourth estate” or “watchdog of government”. Craig Charney notes that increasing repression destroyed the “Drum school”. By the mid-1960s, “dashing figures” such as Nat Nakasa, Lewis Nkosi, Bloke Modisane, Todd Matshikiza and Can Themba had disappeared due to banning, exile or death. Drum is an early example of black journalists running foul of the state.

In 1977, the World and Weekend World, owned by the Argus company, had their own moment when they were banned for reporting on the 1976 Soweto student uprising. When he became editor, Percy Qoboza had seized control of the newspaper from the Argus’s white editorial director and focused it on serious political content.

The World and Weekend World gave space to Black Consciousness ideas that were on the rise. Charney’s research shows that, in the 1960s and 1970s, Black Consciousness activists courted black journalists, debating with them: “Are you a journalist first, or are you black first?” They challenged the idea of objectivity, which was part of “professional” journalism.

Professional values – impartiality, accuracy, fairness and providing all sides of the story – were enshrined in the codes of conduct of many newspapers. But South African media served different communities. Scholars refer to three traditions in the print media – the English-language press, the Afrikaans press and the black press. Afrikaans newspapers were closely aligned with the governing National Party, while English titles were allied to the English-speaking community.

Black readership newspapers were owned by white corporations, making them a “captive press”. Lynette Steenveld notes that these “ethnic presses” adopted a professional journalistic culture, but had separate political identities and community loyalties. Whereas in countries like the United Kingdom, journalists may have negotiated their role in relation to class or party politics, in South Africa, race and ethnicity have been inescapable factors for journalistic identity.

The other legacy that has influenced South African journalists is reporting during the apartheid struggle. As people rose up against the system, and the state responded with increasing repression, some white journalists questioned whether it was possible to be impartial in an unjust society.

An alternative press explicitly opposed the apartheid state. Their journalists came from mainstream presses, as well as from community and anti-apartheid publications. They redefined their roles away from “objectivity” towards “advocacy journalism”. Many aligned themselves to the 1980s anti-apartheid movements. Although small, these publications had influence. They placed issues on the national news agenda and pushed the boundaries of what was discussed.

They argued that the truth might not be served by “objective” approaches to reporting. A legacy of activist reporting persists among journalists today. The post-apartheid period has seen many debates about journalism. The print media has been accused of being complicit with apartheid, of being hostile to the ANC, of not telling “the African story”, of not transforming and of racism.

The proposal of a media tribunal has been mooted several times. While local passions flare, the global growth of social media promises to dramatically curtail journalists’ power. Across the world, journalists now compete with bloggers, community reporters, entertainment websites, and citizens posting to social media.

These writers are not bound by journalistic ethics and values. They cannot easily be held to account by governments. Journalists’ historical role of providing information and opinion is under threat from these global developments, even more than from an angry state. Renegotiating the role of journalism in these times may be the biggest challenge yet.

Lesley Cowling is associate professor in the department of journalism at the University of the Witwatersrand. This article is from The Conversation Africa