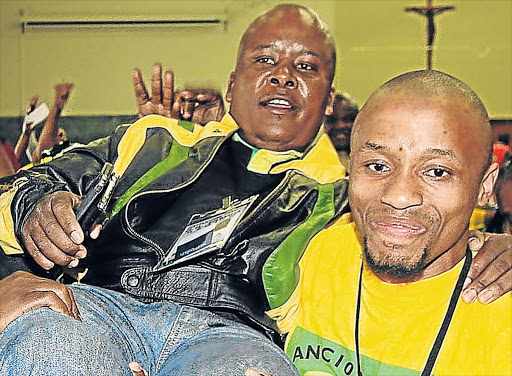 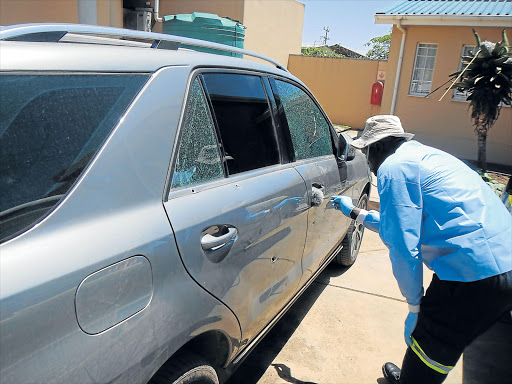 The bodyguard of an ANC leader died in a hail of bullets following an alleged hit on the politician outside Tsolo.

OR Tambo ANC regional chairman and Mhlontlo council speaker, Xolile Nkompela, escaped unhurt when the luxury vehicle in which he and two bodyguards were travelling was ambushed late on Thursday night.

Driver and member of Nkompela’s security detail, 39-year-old Zukile Nyontso, was shot dead in the incident.

The attack took place near Bakhangele village outside Tsolo around 8pm. Nkompela had been under heavy guard after allegedly receiving death threats a few months ago.

“No arrests have been made. Police are looking for anyone with information about the incident.”

Nkompela told the Saturday Dispatch yesterday they were leaving his brother’s house when they came under attack.

“About 150m away from my brother’s house I saw a man jump in front of the car we were travelling in and opened fire. My driver asked one of the bodyguards to shoot at the attacker,” he said.

“They told me to hide on the floor of the car. By this time the second gunman was shooting. I felt my driver’s blood dripping on me and I saw that he was severely injured.”

Nkompela, who had been sitting in the back seat during the attack, said one of the gunmen walked to the front passenger side and tried to open the door.

The bodyguard fired a shot, hitting the suspect in the shoulder.

The gunmen fled the scene on foot and are believed to have jumped into a car waiting in the distance. The injured Nyontso was immediately removed from the car, but died at the scene.

The vehicle Nkompela was travelling in had 10 bullet holes in it – seven on the driver’s side and three at the back on the passenger side.

Nkompela yesterday said he was assigned four bodyguards – two each by the Mhlontlo municipality and ANC – after receiving information in March that his life may be in danger. The ANC leader had apparently received a phone call from a man in Mdantsane, who claimed he knew of a plot to have Nkompela killed.

“I arranged with the police and we met him at the Garden Court . We even went to his home but police said there were no clear leads to the information provided.”

The Dispatch yesterday listened to part of the recording, where a man with a high-pitched voice informs Nkompela of plans to have him killed.

“We have intel that I was to be killed towards the regional conference and since I became the chairman of the region, I have been receiving threats,” Nkompela said.

“Being elected at the regional conference is my only sin as I do not have any bitterness against anyone in my village,” Nkompela said yesterday.

He said those who were defeated during the regional conference believe he might influence the deployment of councillors for the local government elections.

Currently all ANC regions are busy nominating candidates to stand as ward councillors in next year’s elections.

When the Dispatch arrived at his home yesterday, various ANC members and religious leaders had gathered to hold prayers.

The ANC provincial leadership was also due to visit Nkompela’s home. And yesterday, the regional leadership visited Nyontso’s home to sympathise with the family.

“We condemn that. We have been reliably informed that there were attempts to kill him, information was given to police. This is not the first time we have these assassination attempts.

“We have people who are doing 18 years in prison for trying to assassinate leaders. Whoever is behind this should face the full might of the law. Police must leave no stone unturned,” he said. — abongilem@dispatch.co.za