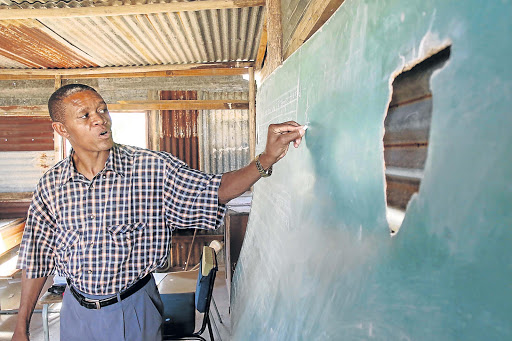 Sadtu has detailed it's top 5 reasons teachers are leaving the profession.
Incentives for rural teachers including bonuses are key to developing countries and for under-performing education districts in rural areas.

This was one of many topics discussed at the Global Development Network conference held in Lima, Peru last week, which the Saturday Dispatch attended.

Speakers said a concerted response was needed to meet the serious problems of education systems in many developing countries.

They urged governments to drastically increase funding for education, while at the same time ensuring that resources were used efficiently, and policies properly implemented and executed.

Governments should also ensure that teachers were fairly compensated and that their evaluations were fair.

“A teacher who is based in a rural school needs to get a bonus or an incentive to motivate them to perform better. Education reform is very important and if we can start in rural villages, we can achieve a lot because those in rural villages tend to be forgotten,” said Saavedra.

This applied in many developing countries. “Education is a topic of interest in Peru. You can’t say your country develops without developing education first.”

In the Eastern Cape last year teachers from the Cradock education district demanded they be paid rural allowances.

The teachers marched to the provincial education department demanding to meet senior officials.

They demanded a R1700 rural allowance for teachers in their district.

This week, teacher Pumeza Mankabane said their demands had not been met. “We are happy to hear that this is discussed on global platforms. We have been discussing this with the department because other teachers are getting this allowance while we are getting nothing. Incentives for rural teachers are crucial,” said Mankabane.

Mankabane said there were a number of teachers who qualified for the allowances, but were not getting them.

She said each teacher was owed close to R50000 by the department dating back to April 2013.

Many speakers at the conference said teachers’ performance should be recognised and their talents improved.

In Peru, more than 180000 teachers have been evaluated to check on the level of their skills, while 55000 teachers were promoted and their income increased on average by 30%.

Many of the best performing teachers there are being paid bonuses and a policy of career reform for teachers in public technical institutions was being implemented.

Mankabane said many teacher colleges in the Eastern Cape had closed. “We no longer have teachers from colleges who are dedicated to teaching. We need to equip ourselves with latest teaching models.”

Provincial education department spokesman Mali Mtima said the department was prioritising the issue of rural allowances. “The department has created a system in the districts where these teachers’ demands will be listened to and attended to,” said Mtima.