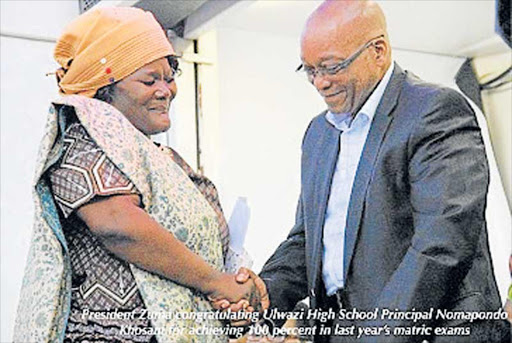 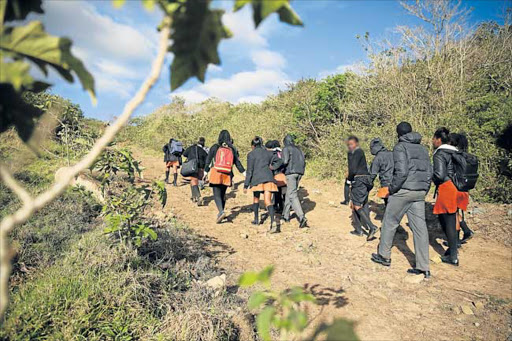 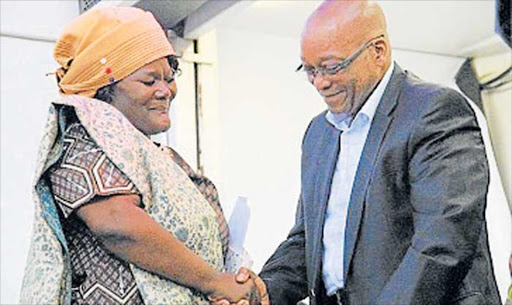 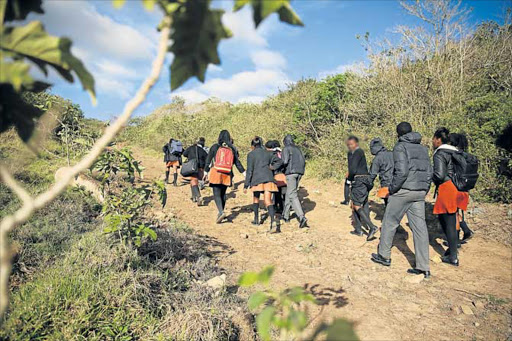 A furore has broken out at a top mixed Mdantsane school after the principal yesterday ordered 38 teenaged girls to publicly tell their parents they were gay.

Ulwazi High principal Nomampondomise Kosani called the group of 38, aged 14 to 18, together and forced them, in front of the teens’ parents, guardians and teachers, to point out their girlfriends.

Kosani first called the 38 in after two girls were found kissing in a bathroom. She sent them all home with a letter which ordered them to return with their parents.

Many parents were shocked, but some held out that their children had the right to decide on their own sexual orientation.

But there were reports of parents heading home to berate their children and force them to “stop” being gay – with violence if necessary.

Kosani refused to comment, saying how she dealt with “problems” at her school was not a matter for the media.

Eastern Cape education department spokesman Malibongwe Mtima said: “Whoever is behind this, will have to face the wrath of the department.”

Mtima said the constitution did not allow anyone to be segregated on the basis of gender or sexual orientation.

Grade 10 pupils caught up in the parade were deeply upset.

“We felt like our rights were violated. We were made to feel that being a lesbian is a crime.

“If pupils were breaking the rules by kissing in the bathroom then they should have been called to order.

“Everyone should not have been punished,” a Grade 10 pupil said.

At the school meeting, parents were informed that their children were disrupting the school and teaching other pupils “bad habits”.

A parent, who said she knew of her child’s sexual preference, felt that the school was wrong in segregating the children and making them disclose their sexual orientation in front of others. Other parents said they were grateful for the meeting as they had no idea their girls were gay.

The Dispatch spoke to some parents and guardians, who did not want to disclose their names for fear their children would be discriminated against.

“My daughter came home with a letter from school saying she was being accused of being gay at school.

“We have always been close and shared a lot together. When I got to the school, I was shocked to hear her stand up and admit to being gay. She has never mentioned anything.

“The school has made us as parents aware, and now it is our role to go back home and talk to our children.”

“As shocked as I was with learning my child was gay, I still think that there could have been better ways to handle this situation. I was embarrassed on behalf of my child, who was made to stand up and disclose her orientation.

“There were also mixed emotions from parents and I feel that they will not handle this situation well.

“I have heard that there are parents who are going to beat up their children for being gay.”

“The school can only punish children if they are being disruptive and breaking school rules.”

“My child stood up and said she did not tell me because she was scared of how I would react, ” said another parent.

An angry parent said: “I will not accept this at all. My child is too young to even know whether she is gay or not. As long as she lives under my roof, she is going to become who I want her to be. I am going to sit down with her today and we are going to talk about this.”

The Dispatch tracked down more girls late yesterday who said they were called disgusting names at the school, accused of “forcing” young girls into relationships and were gay because they came from broken homes where there were no “father figures”.

Mtima said the department would follow up on the matter. However, legal adviser for the provincial Commission for Gender Equality Kerry-Anne Oosthuyzen said the matter could be headed for the commission and then the Equality Court.

“It must be strongly recorded that educators hold no legal right to require pupils to disclose their sexual orientation,” she said.

“Moreover, the educators may be reported to the South African Council for Educators.” — qaqambam@dispatch.co.za