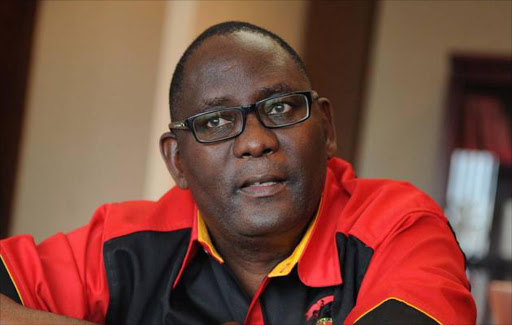 vavi-saftu
The newly established South African Federation of Trade Unions (SAFTU) said it wants to build a mass organisation that focuses on workers‚ rather than politics.

The federation was launched at an inaugural conference‚ which lasted from Friday to Sunday in Boksburg‚ Gauteng.

According to an official statement from SAFTU‚ it aims to build a fundamentally different type of workers’ organisation – independent of political parties and employers but not apolitical – democratic‚ worker-controlled‚ militant‚ socialist-orientated‚ internationalist‚ pan-Africanist from a Marxist perspective and inspired by the principles of Marxism-Leninism.

The union said that time is not on its side‚ as there is a need for urgent confrontation of unemployment‚ poverty‚ inequality and corruption in the country.

“Our historic mission is to rapidly build a united mass force of workers‚ which will transform their lives and pave the way for the transformation of society as a whole from one based on the greed of a rapacious capitalist elite to one run for the benefit of the working class and all the people of South Africa and the world‚” said SAFTU.

The union pledged its commitment to effective representation of workers and to serve their interests‚ to build a non-racial and non-sexist organisation.

According to SAFTU‚ unions must fight for the maximum unity of all workers and reject all divisive and negative sentiment‚ such as racism‚ xenophobia‚ tribalism and ethnicity‚ all of which are the product of the capitalist system‚ which exploits divisions within the working class.

“We should welcome and recruit migrant workers‚” SAFTU said

The union will embark on numerous campaigns‚ among which will be the fight for the investment of workers’ pension funds in projects that will uplift the poor‚ oppose Eskom’s planned closure of five coal-powered power stations‚ the nationalisation of banks and many other resolutions.