1.5 million small children in SA don’t have toilets at home 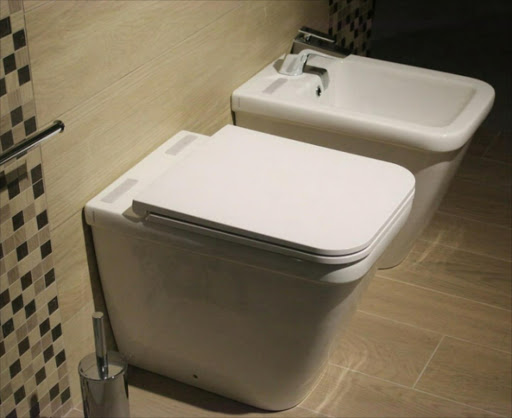 toilet
One and a half million. That’s the number of small children in South Africa who still have to leave their home every time they need the toilet.

According to the South African Early Childhood Review 2017‚ released last week by Ilifa Labantwana‚ “Despite huge progress in providing sanitation‚ South Africa still has more than 1.5 million children under the age of six who do not live in a household with a toilet or a Ventilated Improved Pit Latrine on the site where they live”.

Lack of sanitation is a leading cause of diarrhoea which accounts for one fifth of all deaths of children under the age of five years in the country.

In some areas‚ the percentage of children with no toilet on site is a staggering 90% which is why‚ according to the review‚ it is important to look more closely at the provinces and districts than the national average which says 24% of under-6s are without.

In Gauteng‚ for example‚ 8% of kids are without a toilet but in Limpopo - the worst of all – the figure is 49%.

Sanitation also relates to other problems of living conditions.

In Bonnytoun informal settlement in Cape Town‚ says resident and committee chair “Aunty Mona” Allie‚ “when the sewerage is full‚ everything gets blocked and comes out of the drain. The road gets full of waste‚ and the children have nowhere to play so when the dirty water comes out‚ that’s where they come to play.”

There are also no lights near the 13 toilets in the settlement (for just under 200 people) and according to resident Margie Matthews‚ it becomes dangerous just to relieve yourself because “people from the outside come into the settlement and cause trouble”.

It’s been a week since the ‘sucker’ lorry came to take the sanitary waste away‚ and the residents say they have been waiting three years for the extra toilets they were promised.

In the bigger informal settlements‚ the ratio of family to toilets is even worse.

Bonnytoun‚ tucked behind the Wynberg Municipal dump‚ may be tiny - but it’s a microcosm of all informal settlements across the country: the population grows all the time‚ there is no infrastructure‚ the endless search for employment dogs the majority of its residents‚ and many of the 46 children cannot access an early learning centre.

Less than 2km away is the leafy suburb of Claremont where many households of four family members have two or three toilets to choose from inside their houses‚ an array of leafy parks replete with merry-go-rounds and climbing frames‚ and every few metres‚ there is a street light.

At the other end of the human life cycle‚ the elderly also live in desperate hope of having toilets on site.

Frank Tabisher‚ 69‚ who has to walk down a dark road at night to get to the communal toilet‚ says‚ “We can’t feel safe here. Not at night. Anything can happen‚ so you have to ask yourself how badly do you need the toilet.”

Matthews says many of the elderly in the community are terrified of going to the toilets at night‚ and will take some time to get there when they go.

“They need the toilet urgently and some end up doing it in their pants‚” she said‚ adding it was a loss of dignity on top of so many other issues.

And‚ it’s not only children and the elderly who dread making their way to inadequate toilets away from their homes.

An earlier study by Yale University in Cape Town found that women in informal settlements around Khayelitsha are at high risk of rape for 15 minutes of every single day of their lives as they walk to and from toilets.

They also found that the costs associated with these “toilet travel” sexual assaults in Khayelitsha was about US$40-million a year (medical expenses‚ lost earnings‚ legal proceedings and other factors).

“Think about that for just a minute‚” says American researcher Becky Jacobs‚ who earlier this year did research on the role of gender in how people experience urban life in Cape Town‚ “even if you are not completely appalled at the human tragedy involved in these circumstances‚ consider the economic consequences … and the fact that Khayelitsha is only one of 437 informal settlements in Cape Town.”

Percentage of children under 6 without a toilet or Ventilated Improved Pit Latrine on site: