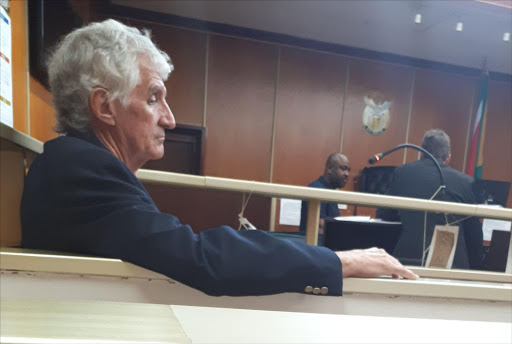 The girl, who was 13 and in Grade 7 at a top East London school when he allegedly began to sexually groom her, endured a second day of gruelling cross-examination by her former teacher’s defence advocate Neil Schoeman in the East London Magistrate's Court on Thursday.

The girl’s testimony is that between 2014 and 2016, Le Roux kissed her three times, once with his tongue, put his hand on her thigh when he was driving her home, kissed her neck, licked her ear and repeatedly and intensely embraced her with his head on her chest and his hands on her buttocks.

She said he also manipulated her emotionally by telling her to push her boundaries and by implying she was not committed enough to the relationship.

When they were with other people Le Roux would squint at her to show her he was thinking of her.

The alleged abuse ended in April 2016 when when a teacher inadvertently saw Schoeman embrace the girl in his classroom after giving her an extra Afrikaans lesson.