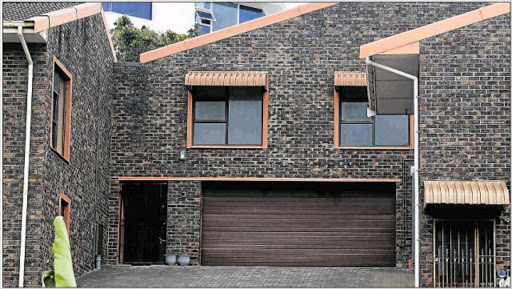 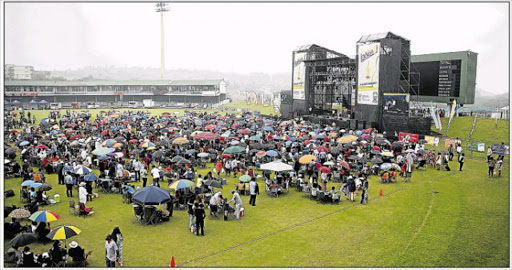 A non-profit organisation (NPO) tracked down to an empty house in Gonubie was awarded over R6-million from Lotto which later landed up in the pockets of the organisers of Buyel’Ekhaya Pan African music festival in East London.

The NPO, Thato Community Crisis Centre, which asked Lotto for the R6-million which it said would benefit 2500 children, 6500 women, 6500 youths and 150 adults with disabilities, gives its address as Lichtenburg in the Northern Cape and Gonubie.

But the Saturday Dispatch investigation can today reveal that:

lThato’s office in East London is just a vacant house in a complex in Gonubie. It has no blinds or curtains;

lTenants said they had never seen any NPO signs, or sign of an NPO, at the house;

lNo children, elderly or disabled or vulnerable people were ever seen visiting the place; and

lThato’s treasurer Jacob Mogorosi said he had no knowledge of the Gonubie address.

Thato is chaired by Jeanette Viljoen. Her phone has been off since Tuesday.

But Mogorosi took Saturday Dispatch calls and said Thato was “used” by Buyel’Ekhaya for their “business plan.

“They used us to get money. If I can recall, we only got a little money, a little more than R100000 from them. I heard that we had an office in East London but I don’t know much about it. We never paid any rent for that East London office.

“Why are they saying it is ours?”

Buyel’Ekhaya founder Nomahlubi Mazwai refused to explain the funding issue and told Saturday Dispatch to speak to to the National Lotteries Commission (NLC).

“I don’t want to answer this. This is an administration issue that NLC needs to deal with. Just quickly, we applied, we got the grant and we used the grant for all the goods and we’ve got the books and everything,” she said.

Asked if she had any knowledge of Thato Community Crisis Centre, Mazwai said Lotto should answer the question. “I apply, I don’t fund, any questions should be asked at NLC.”

He said first-time applicants, like Thato, were only eligible for R500000. “Why were millions paid to them? This is corruption that needs proper investigation by law-enforcement agencies,” he said.

Lotto’s legal officer Tsietsi Maselwa said Thato Community Crisis Centre was their beneficiary and had applied for funding through Lotto’s arts and culture distribution agency in 2017 “for the implementation of Buyel’Ekhaya music festival”.

Asked about Thato’s empty house in Gonubie, Maselwa said: “The NLC has a monitoring and evaluation division that undertakes site visits where there need arises.

“The NLC is fully aware of this application submitted by Thato was directed at the implementation of the Buyel’Ekhaya music festival in accordance with the applicant’s constitutional objectives,” said Maselwa.

Tish Loving, Thato’s contact person for the Eastern Cape, said: “I was only working for the Buyel’Ekhaya project.”

She would not give the Dispatch the contact numbers of Viljoen or say where Viljoen was. When pressed for more information, she said: “The relationship between Buyel’Ekhaya project and Thato Community Crisis Centre was fully disclosed to the NLC”.

In Thato’s funding application, signed in March last year by Viljoen, it was stated that the R6-million would “benefit” 2500 children, 6500 women, 6500 youths and 150 adults with disabilities, in Duncan Village, Dutywa, Mdantsane, Mthatha and Butterworth.

Asked if the 15650 people had benefited from the money, Loving would only speak in general terms, saying: “The Buyel’Ekhaya festival directly and indirectly impacts these communities through our local economic and skills development programmes”.

For any more answers, she said, “speak to Lotto”.

Mogorosi said: “I never came to Eastern Cape for charity work, not”.